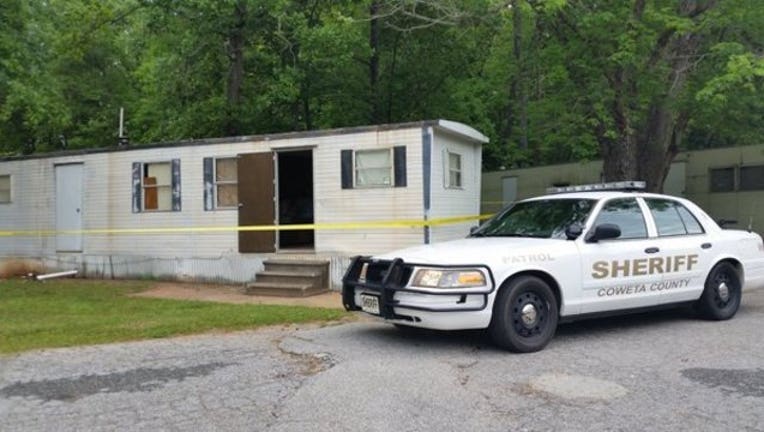 According to investigators, the shooting took place at the Valley Mobile Home Park which is located on Highway 29 in Newnan.

Witnesses told FOX 5 an argument broke out between two men, who have apparently been fighting for quite some time. A resident in his 70s has been accusing his younger neighbor, who is in his 30s, of having a relationship with his wife.

Neighbor Amber Smith said she discovered the victim bleeding on the ground. The victim, who hasn't been identified by authorities, was shot several times and taken to Grady Memorial Hospital.

"He didn't deserve this. I couldn't believe it when I came out and saw him on the ground," Smith said.

The man suspected of shooting his neighbor is now in police custody.

Investigators were waiting on a warrant to go inside the suspect's mobile home around 9:30 a.m.