This comes one month after a Vrbo homeowner in Texas called police to have Williams removed when she realized what he was really doing in her home.

Williams, 40, charges $215 each for a seven-course meal he prepares and serves to customers in various cities around the country. The price is due to rise to $289 next year.

He pushes the events through his social media pages, some of which claim more than 1 million followers.

But his Atlanta-based company DariusCooks has been the subject of numerous complaints from customers who say they did not get what they paid for.

When Williams ignored their complaints, some unhappy customers posted their concerns on his social media sites. Williams responded by blocking critics or posting their private information online to alert his followers. Some would then bombard the original poster with offensive remarks.

Williams’ company has an F-rating with the Better Business Bureau. 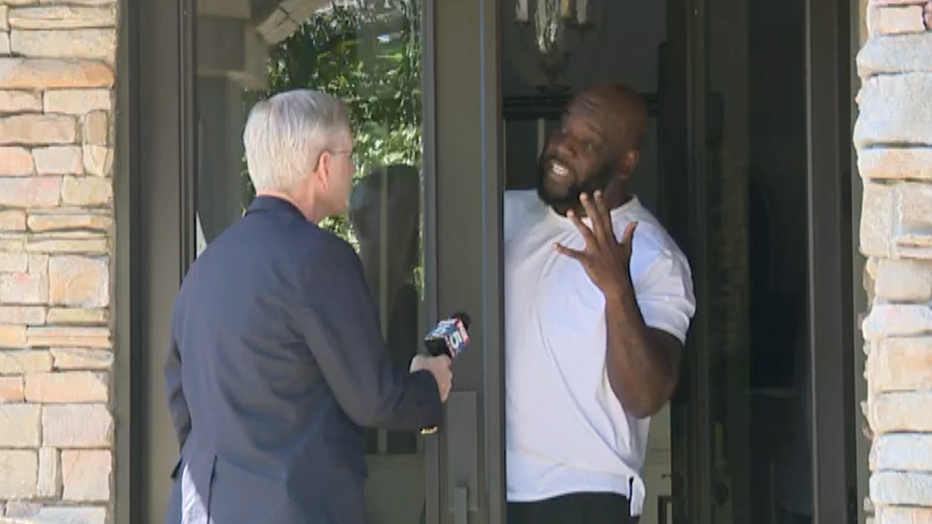 We tried to ask Darius Williams questions at this Vrbo house a few hours before one of his Dining with Darius events. He had no comment and shut the door.

From March 17 to the 22, Williams held one of his Dining with Darius events in a house on Northside Drive in Collier Hills.

The house was booked through the short-term rental site Vrbo. House rules for that address forbid any "events" and limits the number of guests to eight.

"Oh wow," said the home’s property manager Toby Jackson when shown a picture of the event. "I come before the guests and after the guests."

Did he expect 30 guests in the house?

The homeowner works out of state and could not be reached for comment. Williams told the FOX 5 I-Team he broke no rules but would not provide any proof the homeowner knew what he planned to do with his property.

The house is now for sale.

In Atlanta, one customer posted a video on the way home from the event showing her slurring her words with a graphic saying that the "‘Red Drank’" Sangria is Kickin in now."

Atlanta police say a paid event with alcohol should have a special use permit. None was obtained for that Collier Hills house.

Williams declined to answer the FOX 5 I-Team’s question about whether alcohol was served and why he didn’t get the proper permit. 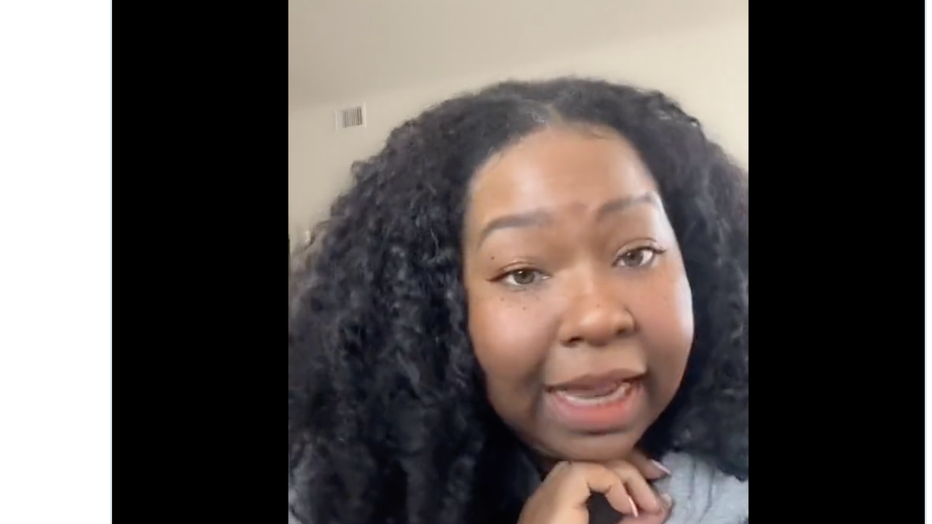 This former Darius Cooks worker says he asked to use her Airbnb account to book his next event. The homeowner later sent her a $10,000 bill for damages.

The ban appears to go back to at least 2016. That’s when a former worker named Nadiyah (she asked us not to use her last name) said Williams approached her about using her Airbnb account to book one of his events.

"My first week working for him he was like ‘Wow, I’m having trouble getting into my Airbnb. I don’t know what’s going on,’" she remembered.

She would come to regret her decision to book the location with her own Airbnb account.

"Imagine my surprise when a week later I get an email saying 'Hey, you owe Airbnb $10,000 because you trashed this person’s house,'" Nadiyah said.

She told the homeowner Williams was responsible and wound up not having to pay the damages.

"If you’re a business owner who (messes) up your reputation on Airbnb, you don’t have another driver’s license. You’ve got to find another sucker to use their account that’s in good standing to continue your business," Nadiyah said, pointing to herself. 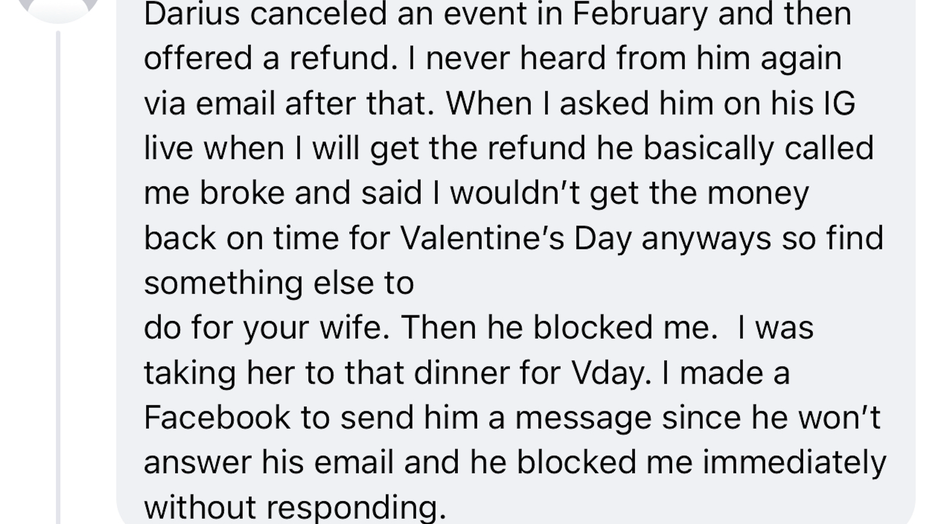 One of many Darius Cooks customers complaining about not getting a promised refund.

In February, a Dallas, Texas Vrbo owner called police to remove Williams when she says she realized what he was doing with her home.

She said Williams had "blown the electrical system by hosting a commercial kitchen dinner" without her permission.

Instead, Williams made sure to go live on Instagram to accuse the homeowner of being the real bad guy.

He canceled the rest of the Dallas events, but some of his customers reached out online when they didn’t get promised refunds:

"No response from you at all and no refund for the two tickets I purchased. I am out $430 and a plane ticket."

"How long will it take to get my refund from the Dallas event?"

"He blocked me immediately without responding." 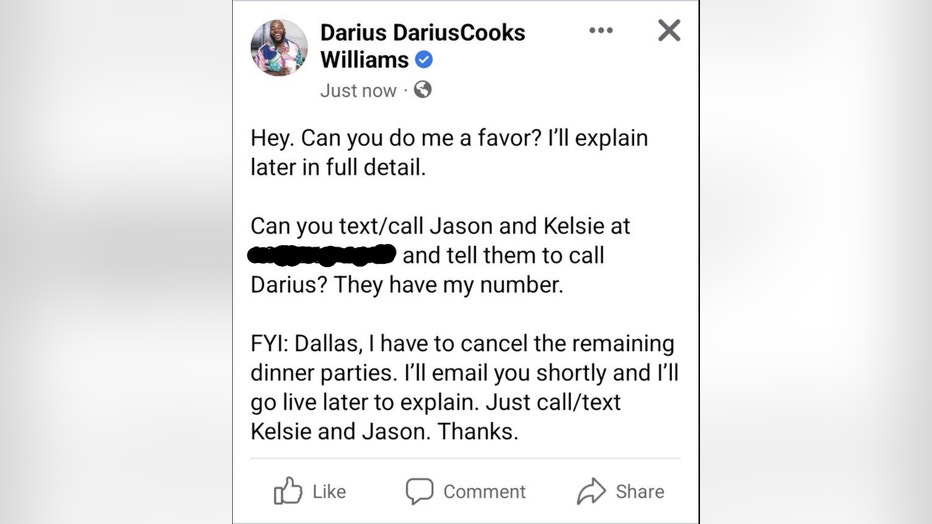 When a Dallas, TX Vrbo owner ordered Williams removed from her house, he posted her cell phone number and encouraged his followers to contact her. He would later boast that "you lit that phone up!"

Most legitimate companies will respond quickly to customers who complain they didn’t get the product or service they paid for.

But Darius Williams uses a tactic no legitimate company would even dare consider.

It’s called doxing, maliciously posting someone’s private information. When Danielle Holland anonymously criticized Williams for how he treated his customers, he responded by tweeting pictures of her children.

"I saw the caption he put: tell Danielle Holland we said hello," she said. The Hollands filed a police report. The pictures of her children remain on Williams’ Twitter feed.

Williams also made public the cell phone number for the owner of that Dallas house who called police to force him to leave.

He urged his followers to call or text her.

Williams later posted another video bragging that the response was so great, the police asked him to remove the phone number from his page.

"Baby… when I tell you, you lit that phone up!" he laughed while lying in bed praising the response of his adoring fans.