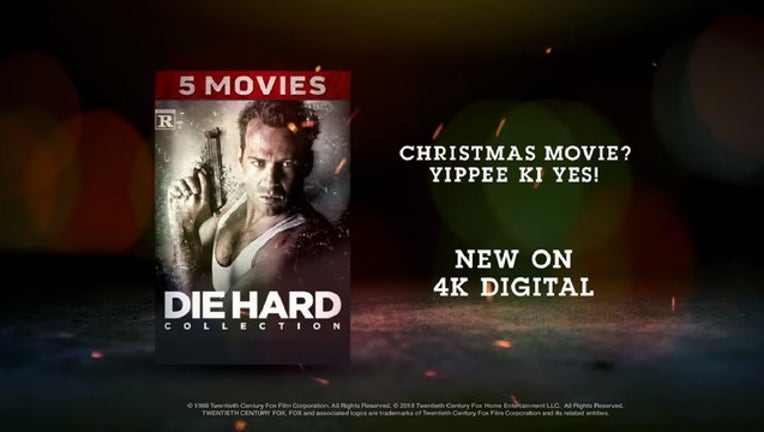 LOS ANGELES (FOX 5 Atlanta) - It’s a debate 30 years in the making… Is “Die Hard” a Christmas movie or not?

The 1988 movie starring Bruce Willis as John McClane and Alan Rickman as the delightfully evil Hans Gruber, has had a lot of debate on this point. Every fan has their opinion. The director, the stars, and the producers have all weighed in. But what if it was a Christmas movie.

Twentieth Century Fox, which owns the movie, recut the trailer to the cult classic as if it were just another Christmas story…

So, why should it be a Christmas film? First and foremost, it takes place on Christmas Eve. In fact, that’s the reason our hero, John McClane, arrives in Los Angeles in the first place -- to see his estranged wife and his kids.

Shortly after landing in LA, McClane is picked up in a limousine, and Run DMC’s “Christmas in Hollis” is played. It’s not your typical Christmas music, but it’s a hint this is not your average Christmas movie.

Next, McClane attends an office Christmas party at Nakatomi Plaza where we meet his wife Holly. Get it? Holly?

Unfortunately, the party is interrupted by a gun-wielding Grinch named Hans Gruber who is after $640 million in negotiable Bearer Bonds. Unlike Dr. Seuss’ Grinch, Gruber doesn’t return what he stole because his heart grew three sizes.

And for a final touch, “Let it Snow” plays as the shreds of Bearer Bonds float down from Nakatomi Plaza and Holly and John McClane hug -- the promise of a very merry Christmas.

Yippee ki-yay and to all a good night.