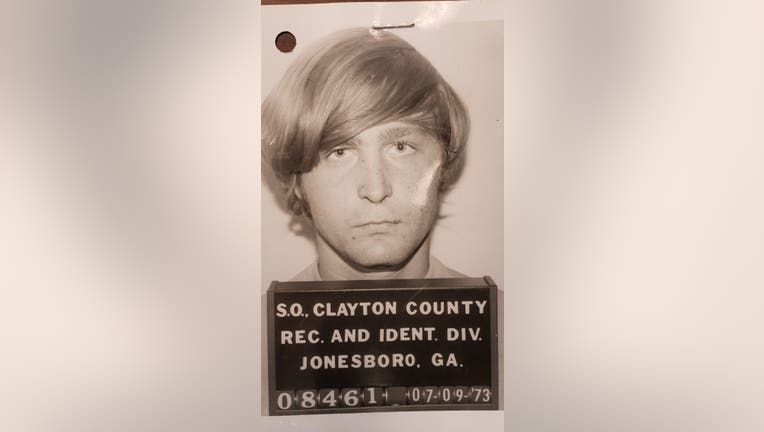 Terry Wanzer's booking photo the day he was arrested for the rape of a teenage girl. He insists to this day she identified the wrong man. (Clayton County police)

JONESBORO, Ga. - A 46-year-old rape will remain unsolved even though DNA evidence could help identify at least one of the people involved. The Clayton County District Attorney's office told the FOX 5 I-Team the case is closed again.

Prosecutors agreed to take another look in July after newly-analyzed DNA samples cast doubt on whether the right man was originally convicted.

Terry Wanzer may get his name cleared, but he won't see anyone else arrested for the crime. Because of that, he says he will never get "full closure." Yet it may be his own words and those of the victim that ultimately convinced prosecutors to leave this case alone. 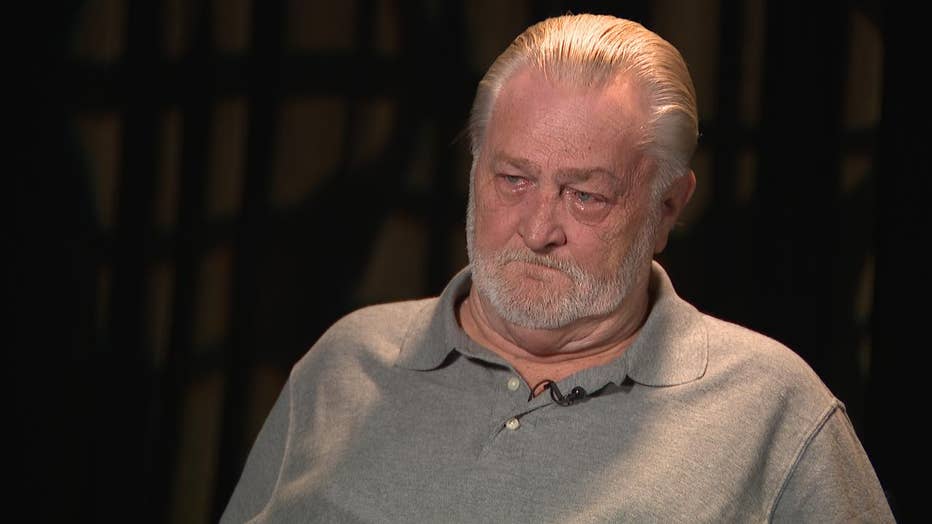 Terry Wanzer is now 66 years old. He's been arguing his innocence since he was 20.

Wanzer had just turned 20 years old in the summer of 1973 when Clayton County police charged him with the rape of a teenage girl. She later testified Wanzer was one of two men who tricked her and her aunt into pulling off to the side of I-75 late one night. She said Wanzer had a gun and didn't wear a mask. She said he called himself Terry.

But the police investigation was weak. There was no DNA analysis 46 years ago, but detectives never bothered to collect fingerprints. They didn't identify a second suspect. Wanzer's clothes and car didn't match the rapist's. He brought in multiple alibi witnesses.

In the end, though, the jury believed the victim. Wanzer was sentenced to two life sentences plus 40 years.

"That made me sick to my stomach," remembered Wanzer. "I was trembling." 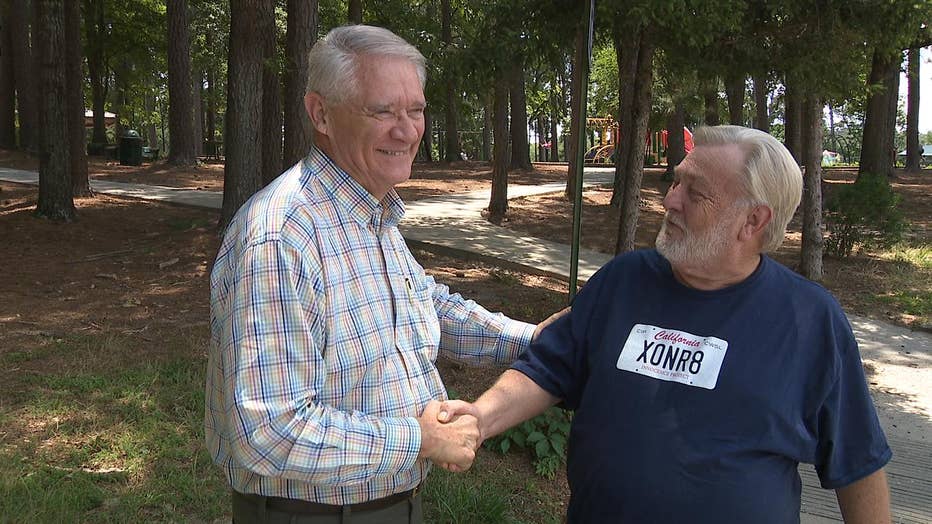 Longtime polygraph examiner Dixie Foster is convinced to this day Terry Wanzer is not a rapist. 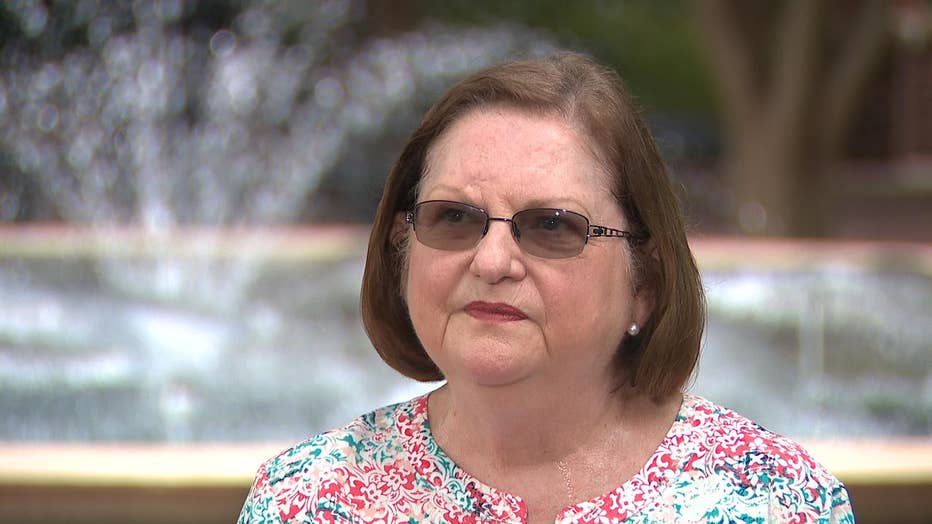 Seven years later and still arguing his innocence, Wanzer passed a polygraph. That earned him the support of veteran polygraph examiner Dixie Foster. He would later convince Amber Samples, the lead investigator for the Georgia Pardons and Paroles. Together, they would help him win a Pardon for Reason of Innocence in 1991, only the second one ever given by the state of Georgia. Five years later the General Assembly voted to pay Wanzer $100,000 because he "suffered loss of time and liberty as a result of the 2,815 days of incarceration and expenses in trying to prove his innocence." 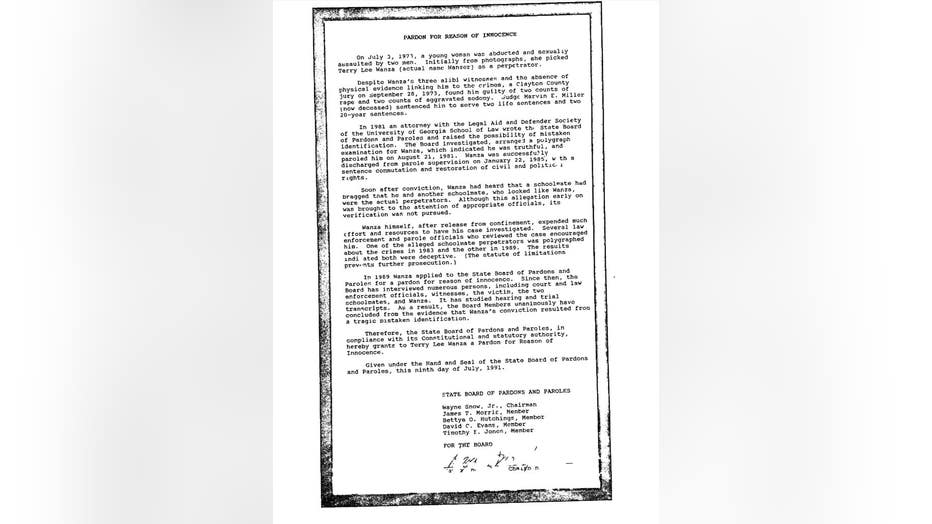 Terry Wanzer's full Pardon for Reason of Innocence in 1991

But Clayton County prosecutors remained unconvinced. They refused to set aside Wanzer's conviction, meaning even with the pardon, Wanzer would have to live his life as a convicted rapist.

“I go apply to rent a house and they say we can’t have you a sex offender," complained Wanzer. "Can’t do that.”

Suddenly, Wanzer had science on his side. “Capital letters sir!" Wanzer remembered. "D-N-A.” The Clayton County DA’s office agreed to reopen the case, perhaps even to see whether the DNA samples matched two other suspects who failed polygraphs decades ago when Wanzer got his pardon.    But the case is now closed again. No one else will be prosecuted. In fact, acting Clayton County District Attorney John Fowler admitted he's still not convinced Wanzer is innocent. 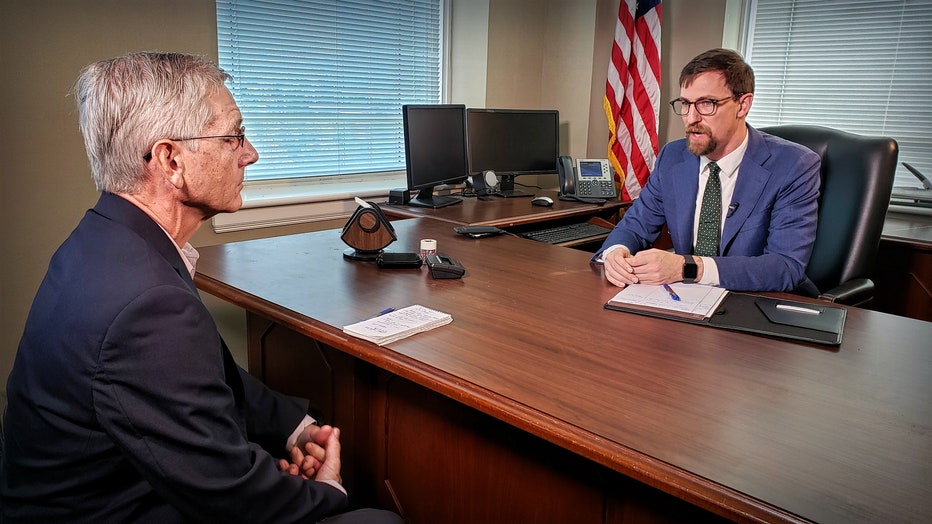 "DNA doesn’t necessarily clear Terry Wanzer in my mind because there could be alternate explanations for DNA being there," explained Fowler. He said many rapists do not leave behind DNA. One of the male samples he theorized could belong to a boyfriend the victim may have had sex with around that time.    But the biggest roadblock in prosecuting someone else: that teenage victim. She's now in her 60s. “I will tell you the victim is absolutely, 100 percent sure that she’s right," Fowler said.

In spite of the DNA testing saying she’s wrong?

Plus, when Fowler's team reviewed the old case file, they found this stunner: years after his conviction and while still in prison, Terry Wanzer wrote a six-page confession letter naming a second rapist.    Entitled "My Confession," and dated March 23, 1978, the six-page handwritten letter details how Wanzer and another man he named committed the rape. Wanzer wrote he was drunk and the second man handed him the gun that was used to abduct the teenage girl. Wanzer wrote it was the first and last time he had raped someone.

"If I can't prove my innocence because no one will listen to me, I'll just take one of them with me."

But in a second letter Wanzer later wrote to the original trial judge, he said he concocted the confession in hopes police would arrest the second man and then discover Wanzer had nothing to do with the crime.

"If I can't prove my innocence because no one will listen to me," he wrote, "I'll just take one of them with me." The man he named was one of those other two suspects who would later fail a polygraph. If creating a fantasy confession was Wanzer's strategy, it failed. The case was not reopened then. D.A. Fowler said Wanzer's letter would complicate a future prosecution of another suspect. “Confessing to a crime is typically not the way someone gets the attention of someone else doing it," he said. 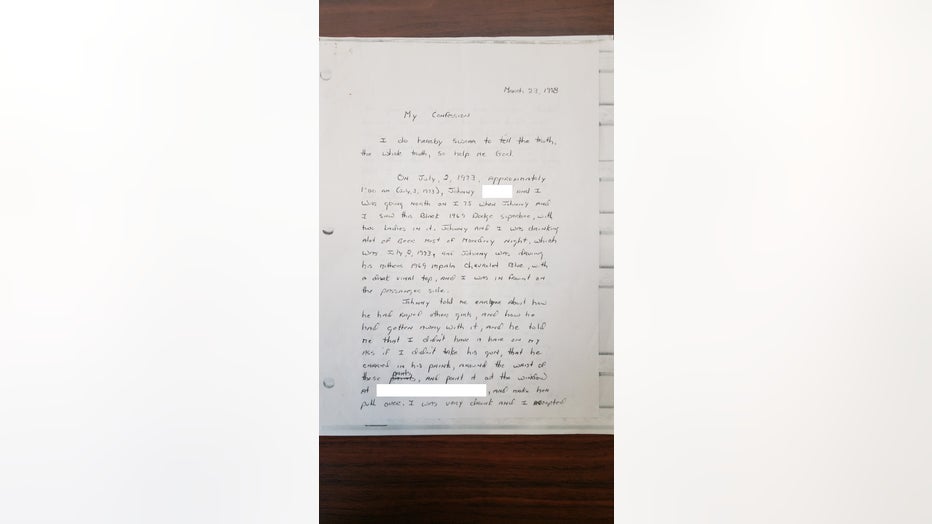 The first of a six-page "confession" Wanzer hand wrote while still in prison. He later said he made it up to get police to investigate another suspect he named.

Still, if Wanzer and his attorneys file a motion to set aside the conviction, Fowler said he won’t stand in the way.    The evidence is gone. Their victim won't cooperate. It would be impossible he said to retry Wanzer, even if they could discredit the new DNA results.    But whether or not Wanzer did it, there’s at least one person involved in a 46-year-old rape who will never face justice. That second man.

DNA evidence could finally lead them to that man, but only if his victim agreed. She will not.

“We’ve talked to her and she’s indicated that she no longer wants to be part of that," Fowler explained. "And I think we need to respect those wishes."

Fowler also said the way the DNA was tested for the Innocence Project is not the same protocol the GBI used. That, he said, would make it even more challenging to use the new results to prosecute someone else. The original evidence is gone and cannot be tested by the GBI independently.

Wanzer said he's saddened by the DA's decision not to reopen the case. It's not clear whether he'll file that motion to set aside his conviction. He's upset that the two men he believes really committed the rape are getting away with it, even when there's DNA evidence that could finally prove who committed the crime.