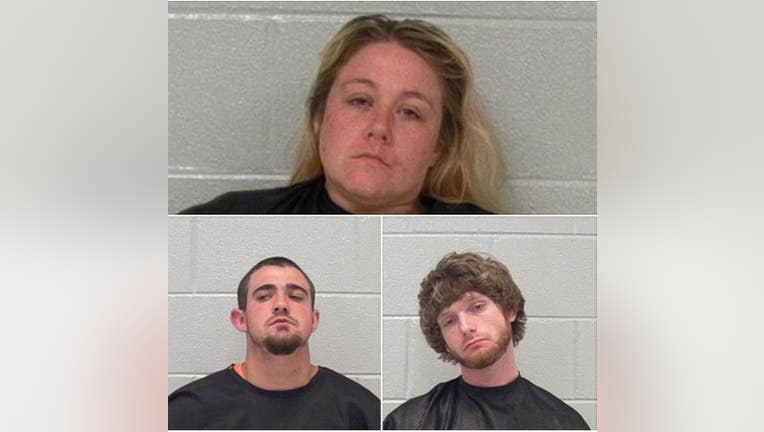 CARROLL COUNTY, Ga. - Deputies have arrested three people accused of being involved in a double shooting that killed a woman at a home in Carroll County, Georgia.

Officials say they were called to a home in the area of Twin Oaks drive in the early morning hours of May 24.

When they got to the scene, officials say they discovered two victims, a man and a woman who were both in their 20's, shot. Three children were in the home at the time of the shooting.

Medics rushed the victims to a nearby hospital with serious injuries. Tuesday afternoon, officials report the female victim had died at the hospital.

According to officials, witnesses were able to identify multiple suspects involved. Deputies have now arrested one woman and two men, identified as 25-year-old Bonnie Lee Bass, 24-year-old  Christopher Wayne McPherson, and 24-year-old Jonathan Tyler Gaddy, who are allegedly connected to the crime.

Officials say more charges will be expected at a later date.