The Wendy's where Rayshard Brooks was shot and killed is being demolished.

ATLANTA - The Wendy's where Rayshard Brooks was shot and killed is being demolished.

Protesters torched the fast-food restaurant June 13, the night after police killed Brooks, a 27-year-old Black man. Video shows that Brooks was shot in the back in the Wendy’s parking lot after he resisted arrest and fired a Taser while he was running away.

Brooks’ killing in the parking lot of the Wendy’s on June 12 came amid weeks of turbulent and sometimes violent protests across the U.S. over Floyd’s death. 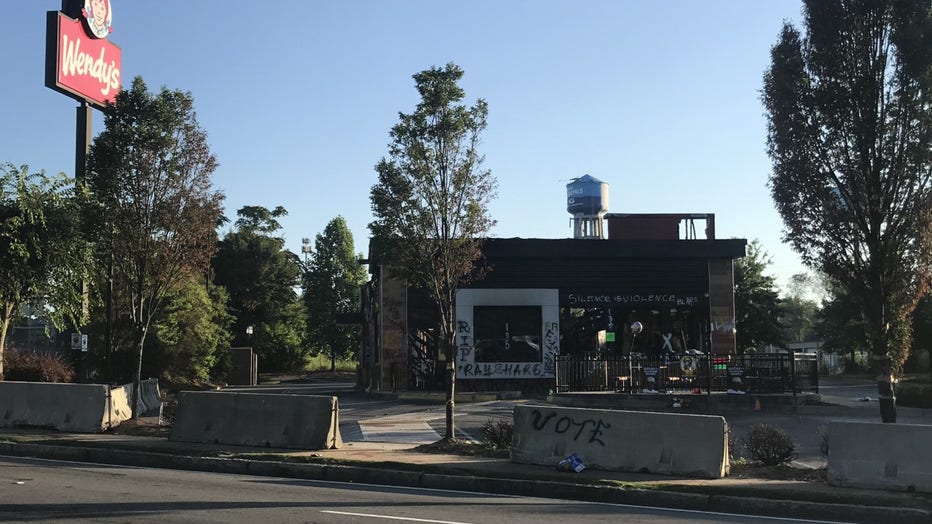 In the aftermath of the shooting, Officer Garrett Rolfe, who shot Brooks, was fired and another officer, Devin Brosnan, was placed on desk duty.

Rolfe faces 11 charges, including felony murder. Brosnan is charged with aggravated assault and violating his oath.

Police arrested several suspects in connection with the blaze, including Natalie White who denies setting the restaurant on fire.

RELATED: Natalie White, suspect in Wendy's arson where Rayshard Brooks was shot, out on $10,000 bond

Atlanta police told FOX 5's Natalie Fultz they believe Wendy's is responsible for the decision to tear down the restaurant, not the city.

Demolished got underway around 8 a.m. Tuesday.