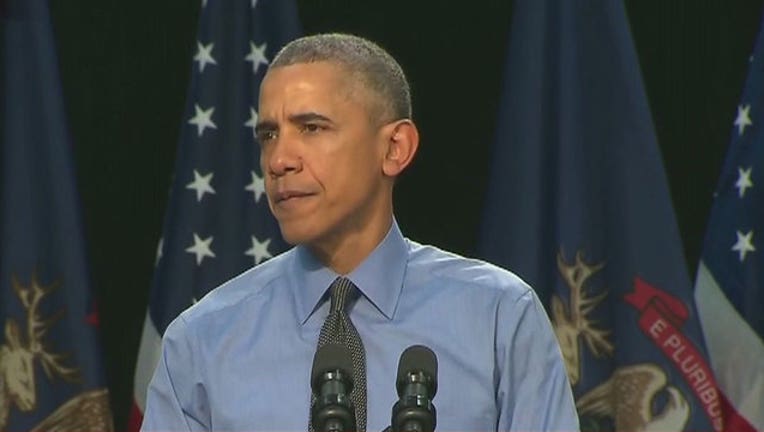 The key difference: African-Americans sided overwhelmingly with the winner of 2008 and 2016 nominations, with black voters across the South and in heavily Democratic cities fueling key wins and delegate advantages in the drawn-out primary contests.

For Clinton, her second effort is evidence of a lesson learned, and it provides her with a head start in rebuilding part of the general election coalition that propelled Obama to two terms. For Sanders, it's a case of what-might-have-been.

And for aspiring Democrats eyeing future White House bids, it serves notice that the presidential demand for a diverse voting coalition isn't just a general election concern for Republicans too dependent on whites; it actually begins in the Democratic primary.

"You just can't have a limited strategy focused on Iowa and New Hampshire, two of the whitest states in the country," said Atlanta-based Democratic consultant Tharon Johnson, who worked for Obama's 2008 campaign, arguing that Sanders and Clinton, in her first campaign, made that mistake.

South Carolina Democratic Chairman Jaime Harrison, whose early voting state offers the first primary contest with a large contingent of black voters, singled out black women. "They almost single-handedly gave the nomination to Secretary Clinton," he said, after "doing that for Sen. Obama" in 2008.

The two campaigns bear strikingly similar trajectories. Each time, the top two contenders split Iowa and New Hampshire before a competitive finish in Nevada. But Obama then trounced Clinton in South Carolina by a 2-to-1 margin. Blacks made up about 55 percent of the electorate, and Obama won about four of five of them, according to exit polls conducted for the Associated Press and television networks.

This year, Clinton won South Carolina 3-to-1, with exit polling reflected a whopping 86-14 advantage for Clinton over Sanders among blacks, who accounted for an estimated 61 percent of primary ballots.

The 2008 and 2016 circumstances were influenced by unique characteristics of the candidates. Black voters embraced the possibility of Obama becoming the nation's first black president. Clinton, this year, capitalized on decades of good relations with black Democrats she'd helped elect, raise money for and worked with on various issues since her early years as a lawyer, advocate and first lady of Arkansas.

But South Carolina established a pattern.

The nine states where blacks account for the greatest population share form an unbroken band from Maryland and Delaware down the Atlantic Coast and through the Deep South to Louisiana. Obama defeated Clinton in all of them on his way to winning 82 percent of African-Americans in states where exit polling was conducted. Clinton defeated Sanders in the same nine states, as well, and won 77 percent of the black vote in states with exit polling.

The margins are important since Democrats award pledged delegates roughly proportionally. Obama's total pledged-delegate advantage of less than 200 can be attributed almost entirely to his success among African-Americans. Clinton's advantage this year is wider, but it was first established during a concentration of Southern states that had voted by March 15.

Unable to catch up, Sanders sometimes dismissed Clinton's victories, saying the primary schedule "distorts reality" because the South is so conservative. Yet in late 2015, before voting began, he began emphasizing his personal civil rights advocacy in the 1960s — including being arrested for protesting segregated housing in Chicago. He also massaged his economic inequality arguments to focus on minorities. "The African-American community ... will respond," he predicted to AP in September.

Clinton, who spent 2015 formalizing a deep network in the South, countered with her own biography and an open embrace of Obama. She cast Sanders as disloyal to the president and hammered the senator as soft on gun control, focusing the issue on black voters wrenched by violence within their community and many high-profile cases of black citizens being killed by police.

Georgia state Sen. Vincent Fort, a black Sanders supporter, argued that Clinton's advantage was "entirely to do with her brand" as a party powerbroker and lamented that Sanders "is more in line with the black community" on issues "from universal health care to free college tuition."

Fort also noted that Sanders' appeal among young voters crossed racial lines, foreshadowing that nominees after Clinton "will come from the progressive wing."

Certainly, Sanders can defend his strategy: Could he have essentially tied Clinton in Iowa and blitzed her in New Hampshire if he'd spent more early campaign time in the South?

Regardless, Johnson, the Georgia Democrat, said future nominees must sell themselves and their ideas across the electorate.

"We have now gone through two consecutive cycles in which campaigns have gone to the very, very end," Johnson said. "We're going to continue along that path. In the end it's important to know the diversity of America, the diversity of the issues people are facing, and then having people know who you are."