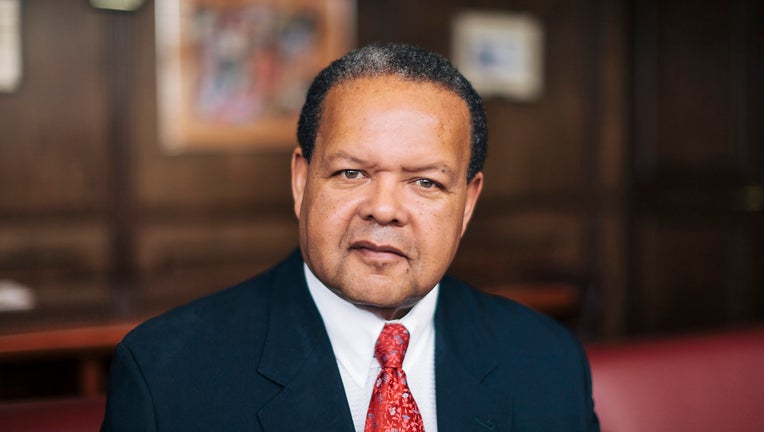 DEKALB COUNTY, Ga. - One of Georgia’s largest school districts won’t be hiring the former leader of school systems in New York City and Miami after board members were faced with complaints about his past record.

DeKalb County school board members on Monday voted 4-3 to reject a contract for Rudy Crew to lead the suburban Atlanta district. The board of the 99,000-student district had voted in April to make Crew its sole finalist for the job. School boards have to wait 14 days between naming finalists and voting to hire them in Georgia, but hiring is usually assured when a board named only one finalist.

That wasn’t the case this time, though, with three board members who supported Crew becoming a finalist ultimately voting against him. One of these three, Joyce Mosley, said she never had wanted to hire an outsider and still supports short-term Superintendent Ramona Tyson continuing in the position. Tyson is retiring at the end of June.

Crew experienced success in improving student performance in New York and Florida, but was dogged by complaints about his leadership style and misspending. Some had endorsed his arrival in DeKalb, including the Georgia Federation of Teachers, the smallest of Georgia’s three main teacher groups. Others had fought against his hiring, including some of the district’s most persistent critics.

Those who supported Crew said none of the issues raised by critics in the past two weeks were surprises, and indeed that DeKalb board members had discussed most of them with Crew and had been satisfied before naming him a finalist.

“Dr. Crew received rave reviews. We understood that as a high-profile and longtime leader, he had a controversial past,” said board member Allyson Gevertz. “But the past was fully vetted through background searches, confidential interviews, and pointed questions.”

Board Chair Marshall Orson said he had supported Crew because he had gotten results which “speak for themselves.”

“There was very little discussion that he was not good at the critical part of the job, which was getting children educated and ensuring that they had opportunity,” Orson said.

A statement from the board after the vote said members will now look for an interim leader to begin serving July 1.

Crew was known as “the other Rudy” when he led the nation’s largest public school system under then-Mayor Rudy Giuliani. The two clashed over school vouchers, which New York’s mayor advocated but Crew opposed.

Crew was credited with reforms that helped failing schools improve, but his tenure was marred by a 1997 report that accused school administrators of delaying the report of a rape of a 14-year-old girl at a city high school. Crew accused the independent investigator of producing exaggerated reports into alleged corruption and misconduct.

He led Miami-Dade County Public Schools in Florida from 2004 to 2008, a time during which he helped more schools achieve A ratings under Florida’s system and built 29 new schools. But Crew had a rough relationship with school board members and fought with a teachers union over frozen wages. The gigantic district’s financial reserves were near zero when he was forced out.

Crew served a year as Oregon’s chief education officer but was unable to persuade lawmakers to pay for his plans to overhaul instruction and teacher training and was criticized for huge travel bills. He has been president of Medgar Evers College in New York since 2013.

Tyson has been leading DeKalb County since Superintendent Steve Green announced he would not seek a contract extension. The board later decided Green should leave immediately before the end of this year.