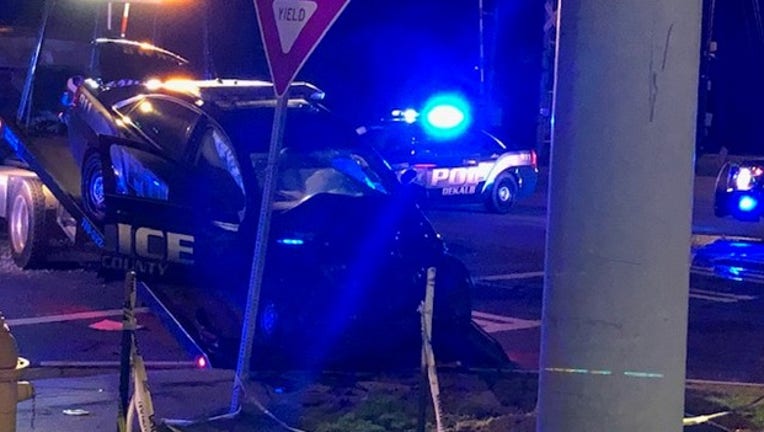 DEKALB COUNTY, Ga. - A DeKalb County police officer is recovering after she was injured in a crash overnight.

Officials say the collision happened on the 2800 block of Turner Hill Road in Lithonia, Georgia near Covington Highway shortly after midnight.

FOX 5 cameras saw crews remove a DeKalb County police car that had a heavily damaged front from the scene.

According to DeKalb County Police, the other driver was arrested and charged with DUI.

The identity and status of the DeKalb County officer have not been released at this time.