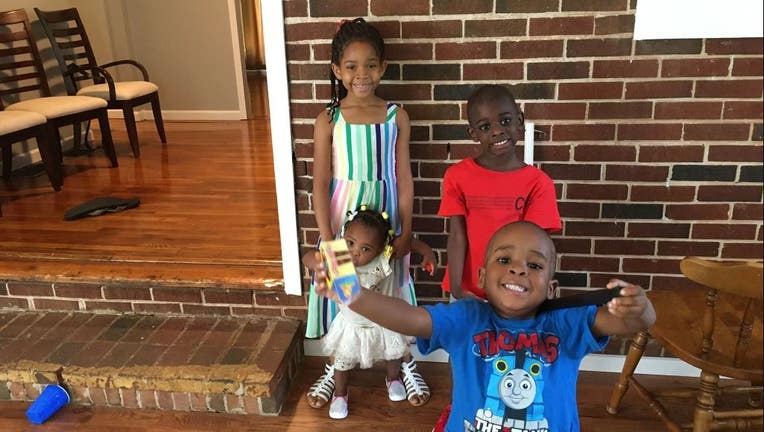 DEKALB COUNTY, Ga. - A father and a husband in DeKalb County is grieving the tragic loss of his entire family.

Thomas Reese's wife and four children were killed in a house fire Saturday. According to Dekalb County authorities, the blaze was caused by an electrical issue in the living room.

Reese's wife Quaniece and their children,  9-year-old India, 5-year-old Jacob, 4-year-old Thomas, and 19-month-old Shirley all died from smoke inhalation, according to authorities.

Reece said he was in Maryland when he got the devasting call from authorities.

"I got a call around 8:30 that morning from a detective. He told me that my family had perished in a fire," Reese said.

The 12 hour drive that followed was the longest drive of his life.

"I cried all the way back," Reese said.

Reese returned to his home on Del Rios Terrace on Saturday to find little more than a pile of charred debris. He told FOX 5 nothing in the house is salvageable.

He said their youngest child was already full of personality.

"She was walking and she was talking. She loved music. She'd dance and sing," Reese said.

The family moved back from Alabama and moved into the home about six months ago.

Reese's job has required him to be away from his family a lot, something he says he always felt guilty about.

Now, he says that guilt has only grown.

"I've been basically sitting in a hotel room, staring at a wall, crying. It has been torture. I wish I would have went with them," Reese said.

Reese said he was just not financially prepared for a funeral for five members of his family. He said he had to use up his savings before the holidays.

If you help him be donating to his GoFundMe.