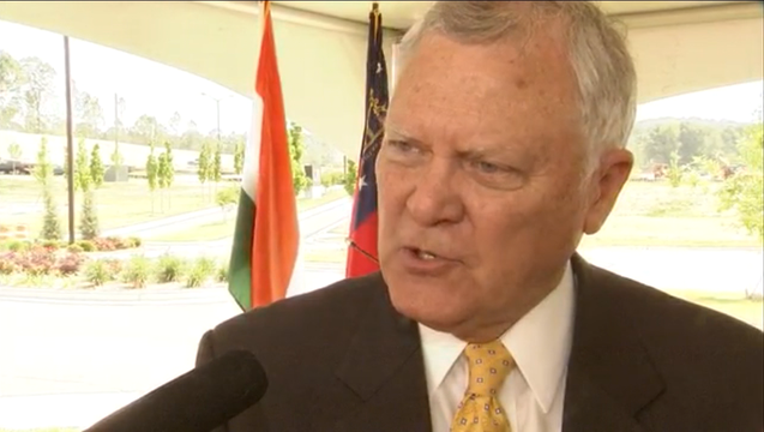 Gov. Nathan Deal asked Georgia lawmakers on Wednesday to support a new plan to fix low-performing schools after voters last fall rejected a proposal for the state to take over public schools that consistently struggle.

Keeping a focus on education in his State of the State speech to the Legislature, Deal said the number of students enrolled in failing schools - meaning they posted failing scores on standardized tests at least three years in a row - rose from about 68,000 in 2015 to nearly 89,000 last year.

"It should be abundantly clear to everyone, including those in the education community who so staunchly support the status quo, that this is unacceptable," Deal said. "If this pattern of escalation in the number of failing schools does not change, its devastating effects on our state will grow with each passing school year."

The Republican governor, who is midway through his final term, pushed hard last year for a constitutional amendment allowing the state to take control of low-performing schools. Teacher unions and parent-teacher associations fought that plan, saying it usurped control from local school boards. Voters resoundingly defeated the amendment in November, with nearly 60 percent opposing it.

Deal offered no specifics Wednesday of what the new plan might include. But he told lawmakers he's working closely with House Speaker David Ralston, Lt. Gov. Casey Cagle and other House and Senate leaders to present a bill during a the 40-day session that opened Monday.

"I think Georgians do expect us to make education a priority," Ralston said at a news conference last week. But he also gave no specifics on what new prescription lawmakers might offer for struggling schools.

Sid Chapman, president of the Georgia Association of Educators, said his group hopes to work with lawmakers on that final plan. He said it's not fair to label schools as failing based on test scores alone, and said factors such as poverty and hunger among students need to be considered.

"It's not about the teachers not being good educators," Chapman said. "We're not at all about being status quo. We're on the front lines every day."

Deal also asked lawmakers for $160 million to give teachers a 2-percent pay raise next year. Overall, he proposed $606 million in new spending for the remainder of fiscal 2017. Deal's proposed state budget for fiscal 2018, which begins July 1, contains nearly $25 billion in total spending - an increase of 3.6 percent over the current year's budget.

Teachers aren't the only ones in line for pay increases. Deal wants $82.7 million total to fund 20 percent raises and incentives for state law enforcement officers, such as state troopers and Georgia Bureau of Investigation agents. He also requested $25.8 million for pay raises averaging 19 percent for caseworkers with the state Division of Family and Children Services.

Deal's priorities also include devoting millions of dollars to guarding Georgia agencies and businesses against hackers and other computer criminals.

The governor wants lawmakers to approve $50 million for a state-run Georgia Cyber Innovation and Technology Center. The center would specialize in cybersecurity training and research and would be based in Augusta, where the Army is moving its cyber command headquarters to Fort Gordon.

"This invaluable resource will put Georgia at the pinnacle of efforts to enhance American cybersecurity in the public and private arenas with a resource unlike any other in the country," Deal said.

The new cyber center would be developed in coordination with state universities, the military and the National Security Agency, Deal said. It would be located on 17 acres that once housed the Georgia Golf Hall of Fame, which closed in 2007 because of financial woes.