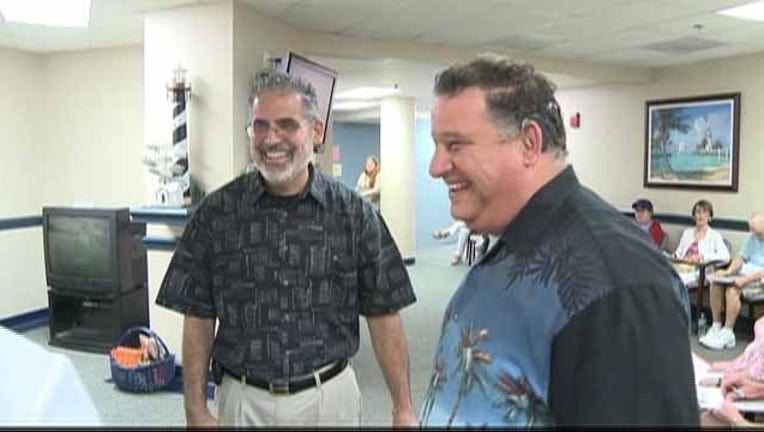 The moment took nearly 50 years to create, but one Florida family gathered so two brothers could hear each other speak for the very first time.

On the biggest day of his life, Elias Goutoufas never heard the alarm or other things we take for granted. It wasn’t on purpose as he had never heard anything before.

Two weeks ago Elias had surgery at Tampa General Hospital to fit him with cochlear implants. Now that they work, it was time to celebrate with his late father’s whistle and his words.

Elias and his brother, who had the same procedure done in Tampa five weeks ago, listened to a tape of their late father singing a lullaby to the kids when they were little. Only now, they could hear his words for the first time.

Doctor Deirdre Hamaker said while the results of the implant may be similar, seeing how it changes a patient’s life is always very different.

“The journey is just an emotional one that you can't describe and everyone reacts differently. Sometimes even me, I'm sucking up the tears,” said Dr. Hamaker.

“I want you to know that you're the best brother that I could ever have. I love you,” said Davelis Goutoufas to his brother Elias.

Elias is looking forward to hearing conversations. Davelis already loves hearing ducks. He is planning an August 15 opening for his new cigar shop and hopes to throw a big, loud party.