The Butts County Sheriff's Office says this isn't an issue they are just seeing in their county, but all across the country. Increases in overdoses began in 2020 and investigators said the latest case involves an 18-month-old boy.

Federal authorities are warning Georgians of the dangers of fake prescription pills that may contain deadly amounts of fentanyl or methamphetamine.

Monday, the Drug Enforcement Administration issued a Public Safety Alert to Americans, its first in six years, to bring more light to the threat of what authorities call a "significant nationwide surge" in counterfeit pills that are "killing unsuspecting Americans at an unprecedented rate."

More than 9.5 million counterfeit pills have been seized so far in 2021, a number officials say is more than all of 2019 and 2020 combined. Testing at the DEA labs had revealed a rise in pills that contain at least 2 milligrams of fentanyl, which is lethal.

According to officials, the pills are illegally made by criminal drug networks and designed to look like prescription opioid medications including oxycodone, hydrocodone, and more. The pills are usually sold online on social media platforms. 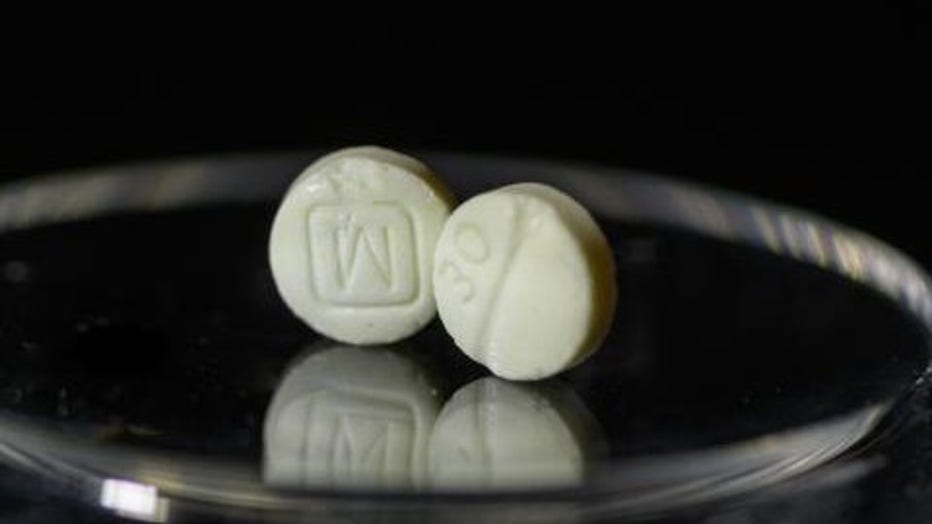 "The United States is facing an unprecedented crisis of overdose deaths fueled by illegally manufactured fentanyl and methamphetamine," said Anne Milgram, Administrator of the Drug Enforcement Administration. "Counterfeit pills that contain these dangerous and extremely addictive drugs are more lethal and more accessible than ever before. In fact, DEA lab analyses reveal that two out of every five fake pills with fentanyl contain a potentially lethal dose. DEA is focusing resources on taking down the violent drug traffickers causing the greatest harm and posing the greatest threat to the safety and health of Americans. Today, we are alerting the public to this danger so that people have the information they need to protect themselves and their children."

SEE MORE: Parents of 17-year-old teen killed by fentanyl overdose: ‘She took a pill and it cost her her life’

According to the Centers for Disease Control and Prevention (CDC), over 93,000 people died of a drug overdose in the United States in 2020. Officials say the primary cause of the increase in deaths is fentanyl.

Most counterfeit pills smuggled into the United States are created in Mexico with chemicals provided from China, the DEA says.

For more information about counterfeit pills, go to the DEA's website.