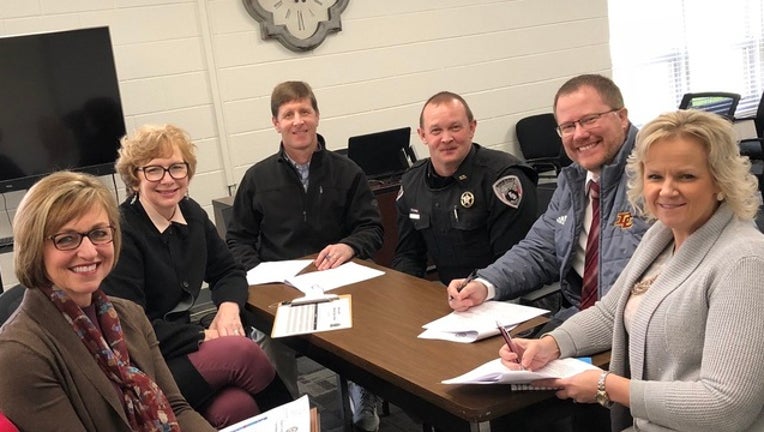 DADE COUNTY, Ga. - A northwest Georgia county is looking to make sure every one of their schools has a law enforcement officer during school hours.

The Dade County School District met Wednesday to discuss the plan. Starting Thursday, the school district will hire off-duty deputies and officers to cover half of their schools which currently does not have school resource officers. Wednesday's meeting outlined the duties of the off-duty law enforcement officers as well as responsibilities.

The news of the meeting was shared on the Dade County Sheriff's Office Facebook page and was met with praise.

"I'm so happy and need more police in school and make our students more safe [sic] and comfort zone," one commenter wrote.

"Great news! Jewelry, liquor, and shoe stores shouldnt [sic] have more security than where children are placed for 8 hours a day," another person posted.

Several comments showed concern about where the money was coming from to finance the move expressing the sheriff's budget was already spread thin. Dade County Sheriff’s Sgt. Chad Payne said the funding for the off-duty deputies will come from the school district, but come next school year those costs could be split between the school district, sheriff’s office, and the Trenton Police Department. The county said they will be applying for grants over the summer and are hopeful they will get the funding needed to sustain the SRO program in every school without any additional strain on any of the agencies' budgets. Once funding is secured for the next school year, two new law enforcement officers will be hired.