ATLANTA - Crooks targeted a local midtown restaurant overnight, leaving a mess behind to clean up.

Sean Chang, the co-founder of Mukja Korean Fried Chicken, said he arrived at his store Friday morning to a surprising sight.

"When we got here at 9:40 this morning, we saw that there was police tape. which we thought was odd. We had just come back from Thanksgiving, right?" Chang said.

He noticed a shattered glass strewn about and a rock sitting on the floor of the restaurant. 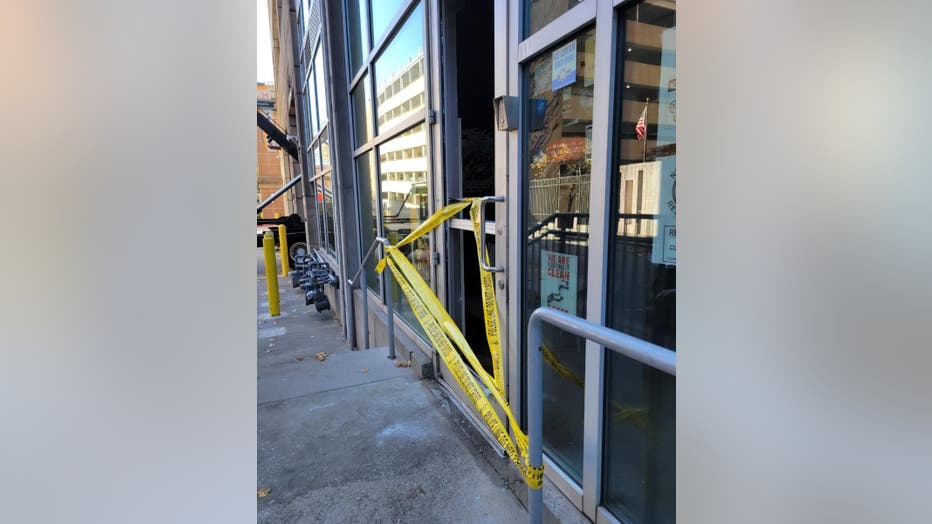 The Mukja Korean Fried Chicken was damaged after thieves threw a rock at the building.

Security footage from inside the store helped them put the pieces together.

"We saw they had thrown a rock straight through the front door. Ran in and went straight to the POS systems," Chang said.

Luckily, other than the cash registers, he said nothing else was stolen.

Chang said if the crooks had taken the time to read a sign on the door, they would have known the registers likely didn't have anything of value inside.

"I assume that they thought the cash drawers had cash but the signs on the front door say we are a cashless restaurant and we have been for some time," he said.

Chang said they weren't going to let this stop business for the day.

They adjusted their schedule on Friday and worked around the lack of cash registers..

Chang and his co-founder turned their dreams into reality when they opened Mukja about a year ago.

But unfortunately, this is the latest setback for a restaurant that has faced a lot of difficulties, between the pandemic, labor shortage, and supply chain issues.

"With COVID devastating our industry, especially as a new small business opening during the pandemic. You could say it's almost like an impossible challenge. This was just another thing that was definitely unexpected," Chang said.

If you have any information about who did this, please call the Atlanta Police Department.