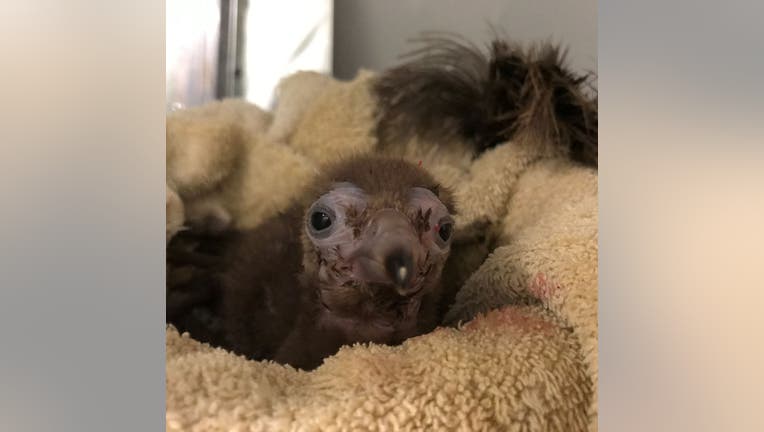 ATLANTA - Zoo Atlanta is celebrating the hatching of a critically endangered species.

A hooded vulture chick hatched on April 9, 2020, marking the first time vultures of any species have successfully reproduced at the Zoo, officials said.

The Zoo’s Bird Team was cautiously optimistic on discovering an egg in the nest of first-time parents Acacia and Tai in February. Because of the species’ critically endangered status and the inexperience of the parent birds, out of an abundance of caution, the team removed the egg to be artificially incubated. The team determined that hand-raising was the safest option to ensure the chick’s survival.

“This hatching is such an exciting and happy milestone for Zoo Atlanta, especially during times that are so challenging for everyone. Not only is this, to our knowledge, the first vulture ever hatched at the Zoo, but the chick is also a new member of a group of animals in urgent need of conservation action,” said Jennifer Mickelberg, PhD, Vice President of Collections and Conservation.

Hooded vultures are African vultures, a group of birds that is in universal decline in the wild, with some populations having declined by more than 95 percent.

To help raise the chick, the Zoo's team has employed a strategy called “puppet rearing,” in which the chick is fed by and interacts with a hand puppet designed to basically resemble an adult hooded vulture.