Crews continued to work on an unstable crane high above Midtown Atlanta that has been in danger of falling since Friday.

ATLANTA - Officials say a part of West Peachtree Street will remain closed for most of the week as crews continue working to stabilize a leaning crane in Midtown.

Friday morning, the dangerous incident happened after one of the hydraulic cylinders used to take down the crane malfunctioned, causing it to lean.

The crane's instability forced officials to evacuate several buildings in Atlanta and close the surrounding streets.

"Friday, we got the email around 11:30 in the morning while I was at work and told us that everyone must evacuate immediately," Midtown resident Sean Murphy said.

Officials say major roads in Atlanta will remain closed while workers attempt to safely removed the crane in the next few days.

On Sunday, Brasfield and Gorrie, the contractors running the site where the crane was working, said they had begun reinforcing the tower crane, which is located on 1105 West Peachtree. That process was expected to take until Monday.

Once the crane is reinforced, the company expects to begin dismantling the structure. The disassembly of the crane and additional equipment is respected to cause major delays. 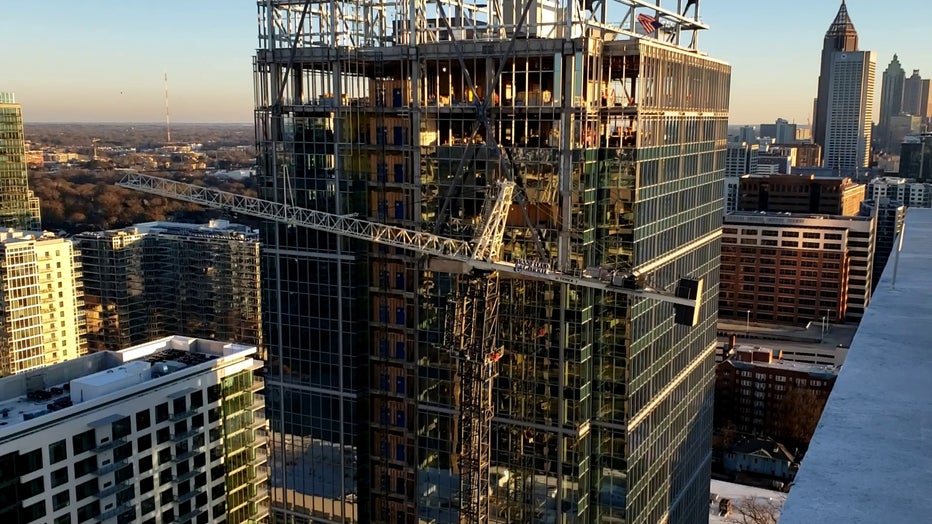 The company said they expected residents and people who work at area businesses to be able to return to their offices and homes before that but gave no specific timeline on when that would happen except to say it would be after the area was determined to be safe."We remain in communication with officials and property owners who are impacted by this situation," the company said.

One business affected is Northside Midtown Medical, which remains closed on Monday.