The truck drove into one Coweta County resident's bedroom. The driver of the truck was cited for failure to maintain lane.

COWETA COUNTY, Ga. - A Coweta County family is thankful that no one was injured after a pickup truck smashed into their home.

The truck caused a lot of damage and it was a narrow escape for one family member.

Everyone is OK at this house in Coweta County. But 16-year-old Dalton McKinzie was asleep right under the windows where a truck plowed into the house.

"It's a shocker. I've never had anything like this happen to me," McKinzie said.

It was just after midnight when the Ford Ranger pickup truck struck the family’s home near the garage. You can still see the damage done to the brick exterior.

"It sounded like when thunder hits your house," Heather Gibson said. 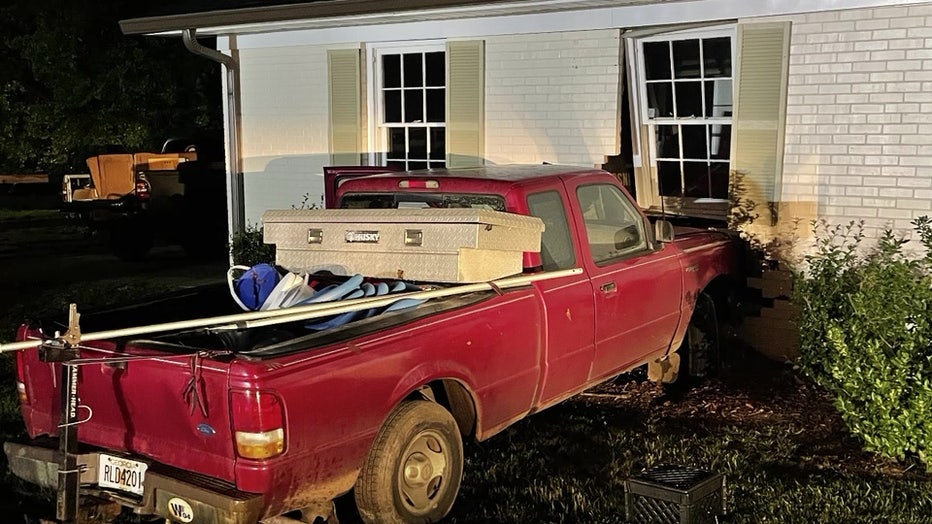 The family says the driver told them that he had swerved to hit a deer at this intersection and his brakes locked up. The path of the truck took it straight for the house and into the brick wall next to Dalton’s bedroom.

"His bed is pushed up against the window. He's just further over. If it was a little off it would have hit him in the back of the head," Gibson said.

Not only is Dalton not injured, but the high schooler also slept through that thunderclap that shook the house.

"I didn't know what to think," McKinzie said. "The dogs started barking like crazy and I had no idea what was going on."