Arrest made in Grantville triple murder

Investigators said they have made an arrest of a 21-year-old man in connection to the murder of the owners of a Grantville gun range and their grandson.

GRANTVILLE, Ga. - One person has been taken into custody for the murder of three people at a Coweta County gun range. The arrest comes exactly a week after the crime shook the Grantville community.

Jacob Christian Muse, 21, of College Park, was charged with three counts of malice murder, the Georgia Bureau of Investigation said.

Details of what led investigators to the arrest of Muse were not immediately available.

Tommy and Evelyn Hawk and their grandson Luke were found the night of April 8 at the Lock, Stock & Barrel, which is owned by the family.

EVERYTHING KNOWN ABOUT THE COWETA COUNTY GUN RANGE TRIPLE MURDER

The Hawk family did not have a comment immediately following the arrest.

Muse was booked into the Coweta County jail.

Officials said the joint investigation into the murders remains open and very active.

Tommy and Evelyn Hawk and their grandson Luke were found the night of April 8 at the Lock, Stock & Barrel, which is owned by the family. Their family members sat down with FOX 5 on Friday to remember them.

Who were the victims of the Granville gun range shooting? 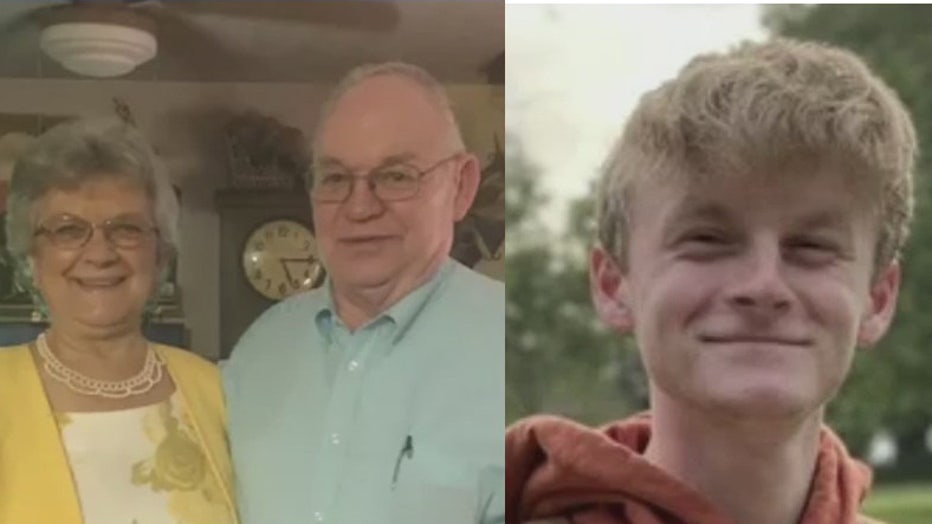 Tommy and Evelyn Hawk and their grandson Luke. (Provided photo)

Grantville Police Chief Steve Whitlock said Tommy Hawk, the owner of Lock, Stock & Barrel, died in the shooting as well as his wife Evelyn and their grandson Luke.

Luke is the son of Coweta County coroner Richard Hawk, who was one of the first at the scene on Friday night. Tommy Hawk and Evelyn Hawk were Richard Hawk's parents.

When, where was the gun range shooting?

The shooting happened sometime on the night of April 8 after the business closed.

Lock, Stock & Barrel is located at 514 Bohannon Road in Grantville.

Initially the investigators said the robbery happened between 5:30 p.m. and 6 p.m.

Grantville police said officers were dispatched to the scene shortly after 8 p.m.

What was stolen from the Grantville gun range?

Police also said someone took a camera DVR from the business.

What agencies are assisting in the Grantville gun range shooting investigation?

It's the Grantville Police Department's case, but the small department employs about 13 officers, the chief said Monday.

The Georgia Bureau of Investigation and ATF are assisting.

There was a combined reward of $25,000 for information leading to an arrest and conviction in the investigation.

ATF, the City of Grantville, Georgia and the National Shooting Sports Foundation, the trade association for the firearms industry, announced a combined reward of up to $15,000.

It was not immediately known if anyone will be claiming the reward money.