ATLANTA - When country singer Justin Fabus opened for New Kids on the Block last year, he was faced with 20,000 screaming fans expecting nothing less than perfection.

“It was insane, because they’re so loyal,” Fabus says. “And here I was, doing a country version of one of their hits. So, it’s like, if I go out there and screw this up, they’re going to let me know!”

Thankfully, that didn’t happen.  And now, with the release of his new EP "Shelter from the Storm," the Pittsburgh native is poised for another career breakthrough.

“It’s exciting because you’ve worked so hard,” he says of the EP’s release, which is set for Friday. “It’s also nerve-wracking too, because once you’ve put that out into the world, it’s out there. You can’t change it.” 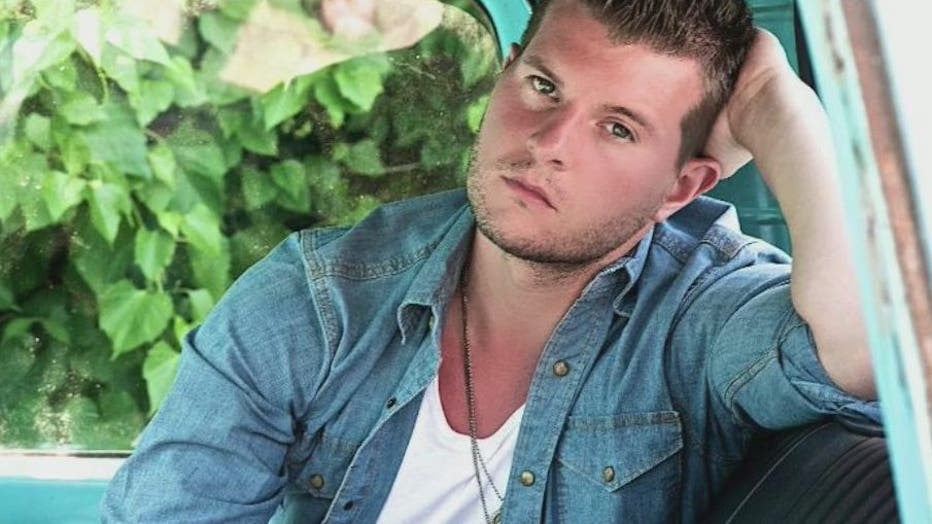 Recorded mainly during the pandemic, "Shelter from the Storm" features seven new tracks; the project’s opening song, called “Your Body’s a Blessing,” was co-written with the artist’s fiancé, Julie Grant of Court TV.

“She was in Atlanta at the time, shooting for Court TV, and I was working on the song and I got stuck on a line, and luckily she had called me while I was working on it. I was writing it with my guitarist, Miguel Garcia, as well.  And I said, ‘We’re stuck on this line, what do you think about this?’ And she just gave me this perfect line, and I was like, ‘Wow … congrats, you’re a songwriter!’”

And speaking of songwriters, Fabus also worked with one of the greats — Grammy Award winner Richard Marx — on a track titled “Somebody Like You.”

“For the last six years I’ve kind of been willing my way to write a song with him.  And how crazy — our schedules never met up — and how crazy it is during a pandemic, finally, when everything kind of stopped, it was like, ‘Okay, let’s write a song together.’”

And what’s next for the singer-songwriter’s career? Fabus says he’s looking forward to touring and performing the new songs when it’s safe to do so.

“My shows are very interactive.  And I want people to be able to be interactive and be close and join hands and be able to vibe off each other and vibe off me.  And I just feel like until we can really have that, I can’t give 100%, because I don’t know how to do it any other way.”

"Shelter for the Storm" will be released on Friday, Sept. 25; click here for more information on the project.