FOREST PARK, Ga. - Two City Council members in Forest Park have announced that they will file a lawsuit against the city, claiming damages for what they call an unlawful, secret surveillance operation by police.

Attorneys for Latresa Akins-Wells and Dabouze Antoine say their complaint stems a meeting in October of 2019 when they were told by the city manager and city attorney of Forest Park that they had been placed under surveillance by former Forest Park Police Chief Dwayne Hobbs.

According to their attorneys, the two council members learned that for nearly four years they had been "routinely followed by police, often using undercover vehicles" and that officers rummaged through their garbage and took surveillance videos of both of them.

Officers were told to watch the councilmembers on the pretext that they were involved in illegal drug activities and voter fraud, city leaders said. An investigation showed these allegations were unsubstantiated.

Both Akin-Wells and Antoine are convinced they were targeted because of their race. They were the only African Americans on the council and were critical of the police department.

"The idea of a police department using taxpayer resources to basically target a vengeful campaign against political adversaries. That is just abominable. That is shameful," Attorney Dr. Rod Edmond said at a press conference on Tuesday.

The surveillance came to light after new Police Chief Nathaniel Clark ordered an audit of the department. The audit also showed financial mismanagement, problems in its inventory control of weapons and ammunition and failure to comply with standard operating procedures within the police department. 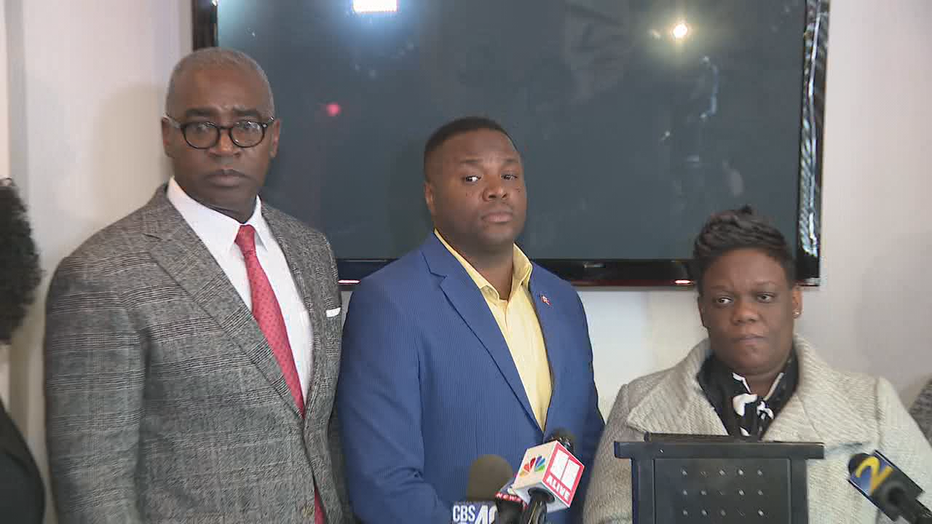 RELATED: Council members under surveillance on orders of then-police chief

"We acknowledge that the accusations of financial mismanagement and illegal surveillance are an ugly scar on the department. We are working diligently to regain the trust of the community," the Forest Park Police Department said in a statement in 2019. "The dedicated men and women of the Forest Park Police Department put their lives on the line daily to protect the citizens and visitors of our great community. The actions of a few, have violated the trust of many. We ask that everyone allow the Georgia Bureau of Investigations (GBI) time to conduct a complete and thorough investigation."