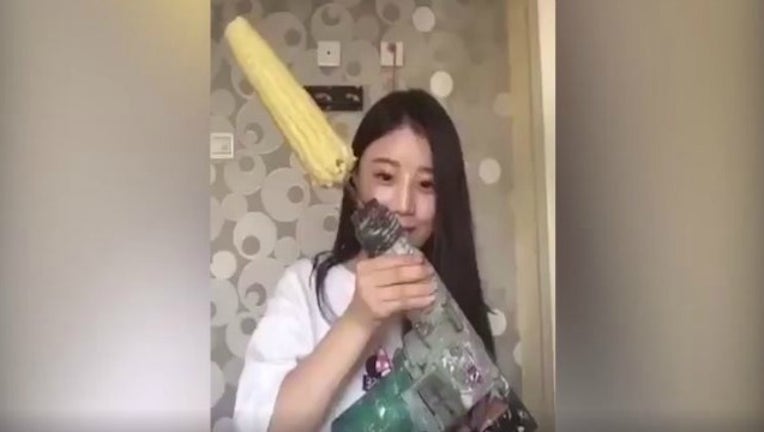 Let's go ahead and get this straight--DO NOT TRY THIS AT HOME. Now that's been established, it's time to jump into the story of a corn eating challenge gone bad. Yes, it was a fail.

According to the internet, people have been attempting to eat corn on the cob using a power drill.

A girl in China decided she'd try her luck at the "challenge" and ended up demonstrating one reason why it's a terrible idea.

As you can see in the now-viral video, the girl did not bother to tie her long hair in a ponytail. A chunk of her hair quickly got wrapped around the spinning corn, which yanked it right out of her head.

The teen appeared mostly unfazed by the spectacular fail, but she's then shown being examined by a doctor.

If you're wondering how this became a thing, it's said to have originated with this guy in China.