PEACHTREE CITY, Ga. - There is a new type of police dog at work at the Peachtree City Police Department. Tilly is a five-year-old Collie and she is a registered therapy dog. 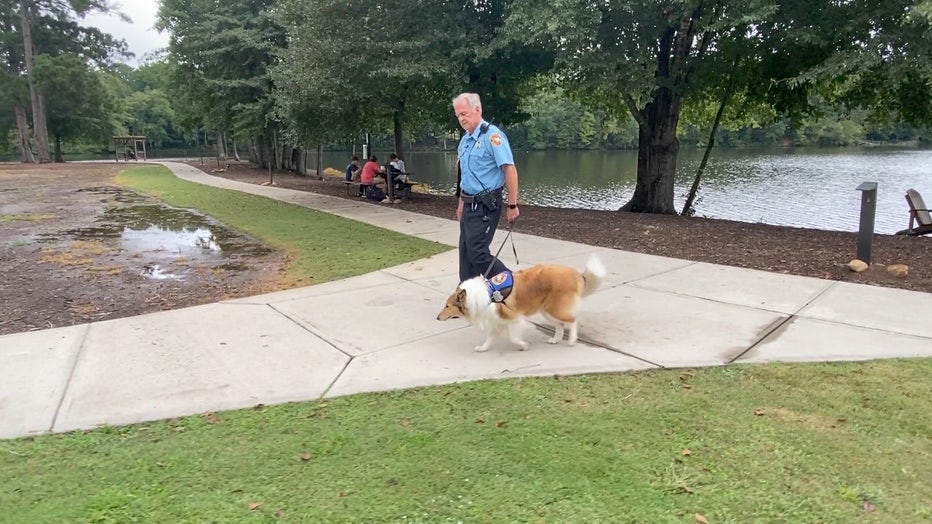 Tilly has a big job ahead in helping police interact with the community, but also helping her hometown as a therapy dog during times of crises.

Tilley just earned her badge recently and joined the volunteer Peachtree City Auxiliary Police Force as a registered therapy dog. Most of her interaction with the public will be an invitation for petting.  But Tilly is also trained to help the community in times of crises and traumatic events.

Tilly has been added to the Peachtree City auxiliary police force to assist officers as a therapy dog and to help the community during times of crisis.

"Therapy dogs have been proven to reduce anxiety, lower blood pressure and heart rate. They just have a calming effect," said Steve Wenrick of the Peachtree City Auxiliary Police Force. 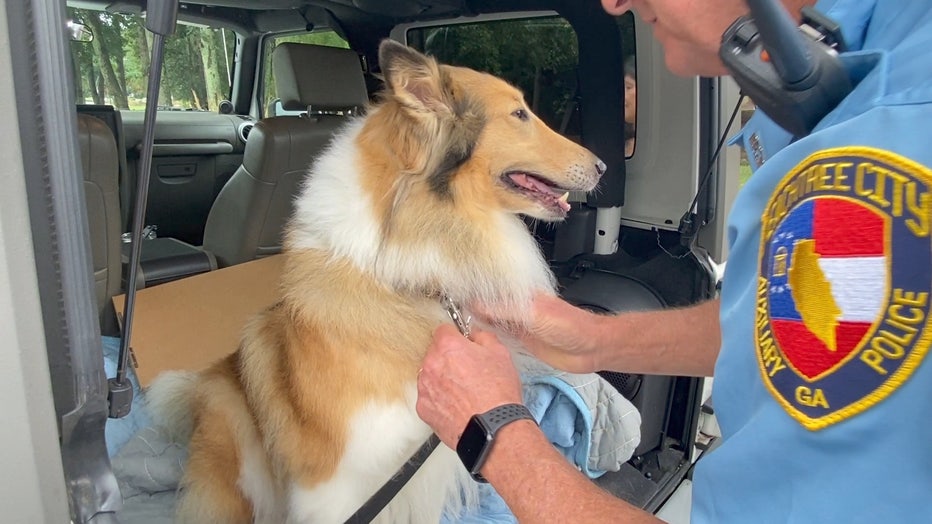 Wenrick is Tilly’s handler who came up with the idea of a community therapy dog.  He and his wife Karen already owned Tilly.  Peachtree City Police say they approved the plan, and so Steve and Tilly worked on her therapy dog training.

"The most important thing about a therapy dog is that they stay calm.  Second that they like to be around people. And third, is that they listen to their owner," Wenrick said.

The police department posted a welcome to Tilly on their social media recently and they say the community reaction has been incredible.  Even during my interview with Wenrick, a man interrupted us to ask if he could take Tilly’s picture. Absolutely. That’s Tilly’s job too. 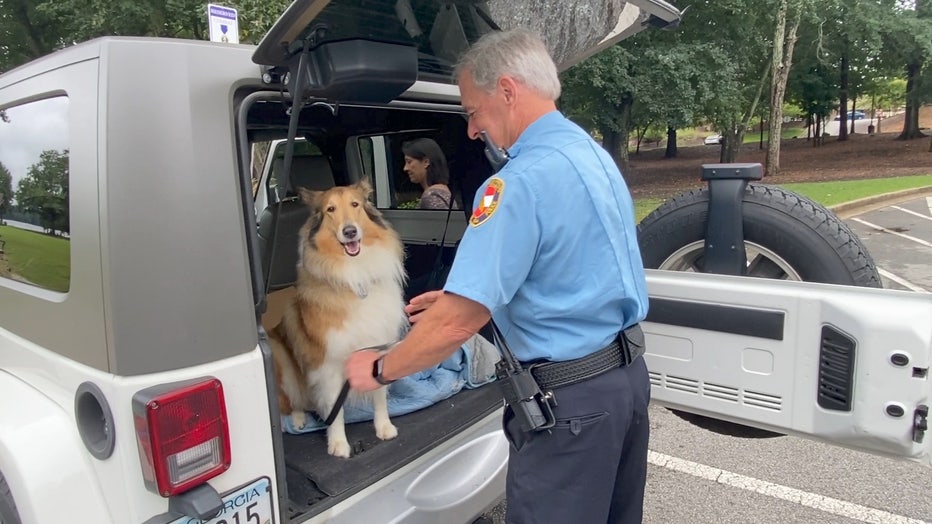 Tilly is registered with the Alliance of Therapy Dogs, a national organization which provides training and certification. She is also a member of CAREing Paws of Georgia, a state therapy dog group.

They say she is the only type of Police k9 that the public is encouraged to pet.

Tilly will be at a Peachtree City event October 8th called Faith and Blue at Drake Field from 5 to 7 pm.  All of the city’s police K9s will be there. The public is invited to come and meet Tilly and learn more about her special role in the community.