The South DeKalb YMCA is temporarily closed but some are concerned the center may be permanently shutdown.

Organizers said they’ve been blindsided by covert actions to shut down the South DeKalb YMCA.

Staff said the Y has already stopped most services at this location.

The YMCA of Metro Atlanta said the site is only closed temporarily while they conduct a community assessment.

However, the advisory board here believes that assessment is an excuse for the leadership to find a reason to shut down the site for good.

"Temporary closures are essentially precursors to permanent closures," Terrell Gibbs, the Vice-Chair of the South DeKalb YMCA Board of Advisors, explained.

Gibbs has been a part of the South DeKalb Y for three years.

He told us for many in this community, the site is a centralized, safe place for families to access needed resources.

The center is located along Snapfinger and Wesley Chapel Roads.

"It has been a staple item here in South DeKalb. The South DeKalb Y has been a huge support to a lot of the working-class families who are dealing with situations where childcare is an issue for them," Gibbs explained. 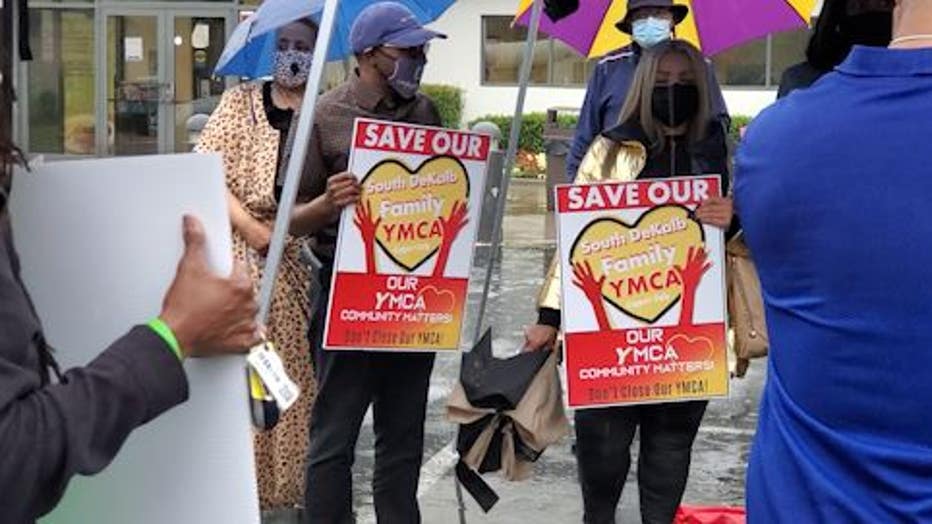 Besides COVID-19 relief and recovery programs, and select youth programs, the site is temporarily closed.

Gibbs said it has been that way for about three weeks.

"It's really created an alarm in the community where we as a board have been contacted almost endlessly about what's going on. It's a pretty disturbing situation," he explained.

According to The YMCA of Metro Atlanta, the site is temporarily closed while they conduct a deep, wide-reaching community needs assessment.

Between 2011 and 2019, YMCA leadership said the branch saw declines in family and adult memberships and various programs.

"At the Y, we hold ourselves to a high level of reach and impact in every community we serve," said Lauren Koontz, president and CEO of the YMCA of Metro Atlanta. "Launching the Community Needs Assessment will allow us to truly understand what programs the community wants, needs, and will use."

Gibbs went on to say that "there's very little or no conversation about Metro's culpability or involvement in some of these financial issues."

YMCA leadership said the plan is to see what programs the community needs and then reinvigorate the site as a true resource center.

"Our desire to be both a community anchor and a solution-oriented organization focusing on the needs of South DeKalb residents remains steadfast," said Koontz. "We will invite and engage a broad spectrum of residents, civic groups, churches, educators and elected officials to participate in the process and we look forward to their input and the results of the study."

They said the site won’t close permanently and there will be some sort of programming offered at this branch.

The South DeKalb Advisory Board is hoping to work out a plan with the leadership to make sure they keep their word.

The survey is expected to be completed by early September. During the closure, members can use all other Y facilities in metro Atlanta.