A College Park police sergeant was awarded a purple heart for being injured in a crash.

COLLEGE PARK, Ga. - College Park Police Sergeant Chuck Landrum was almost killed while apprehending a murder suspect earlier this year. On Thursday, his department honored him with the Purple Heart.

A police dash camera recorded the terrifying moment a murder suspect who was trying to outrun police opened fire. A bullet shattered the front windshield of Landrum's patrol car, striking him in the neck.

"I didn't know how bad I was hit and I can tell you I asked God to protect me," Landrum told FOX 5's Deidra Dukes. "He shot me just an instant before I rammed him." 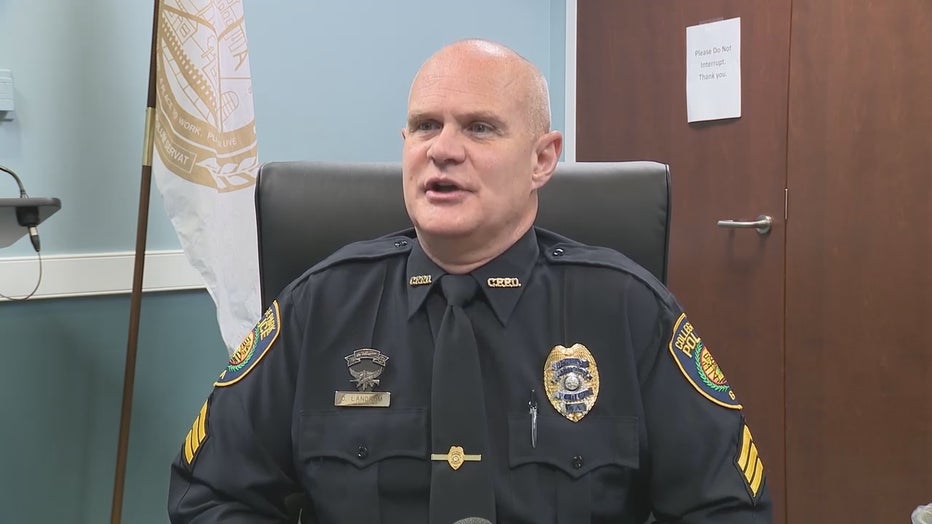 Sgt. Landrum disabled the suspect's vehicle with his patrol car, bringing the chase to an end. The officer's colleagues rushed him to the hospital.
College Park Police Chief Ferman Williford said Landrum nearly died that day.

"We were told if the wound had been just a hundredth of an inch or two deeper then he could've bled to death before an ambulance got there." 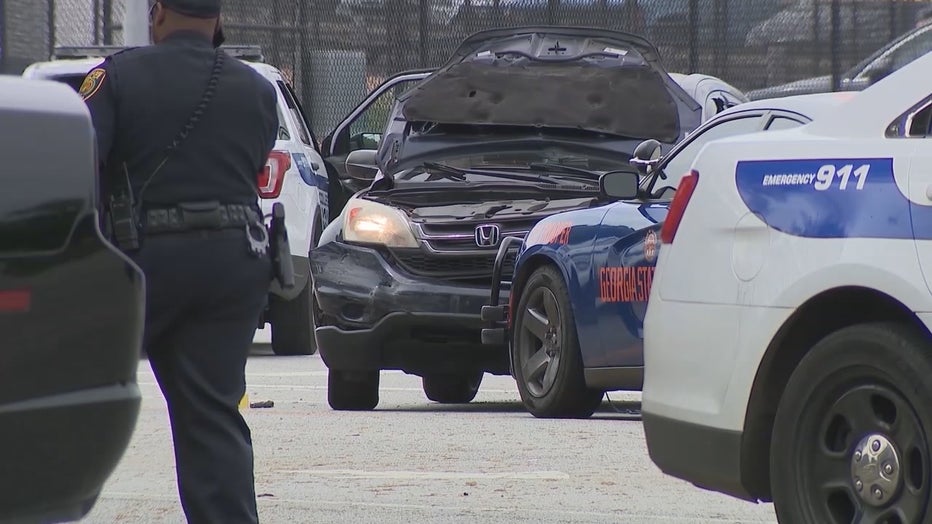 The end of a police chase in the 1200 block of Virginia Avenue in Hapeville where College Park Police Sergeant Chuck Landrum was struck by a bullet on April 4, 2020. (FOX 5)

The sergeant, now fully recovered, returned to work a few weeks after the shooting. On Thursday, Chief Williford awarded Sgt. Landrum the Purple Heart, an honor bestowed upon law enforcement officers injured in the line of duty.

"It really was an amazing honor," Landrum said. "This sounds trite but I really don't know how to put it into words, quite an honor. The chief really made me feel great about what I had done. I just really appreciate my friends and family being there to support me."

Sgt. Landrum was also moved by the overwhelming show of support he received from people across the country following the shooting, strangers offering words of encouragement.

"The outpouring of support was huge. It really meant a lot to me and it just underscored that there are so many good people who support the police."