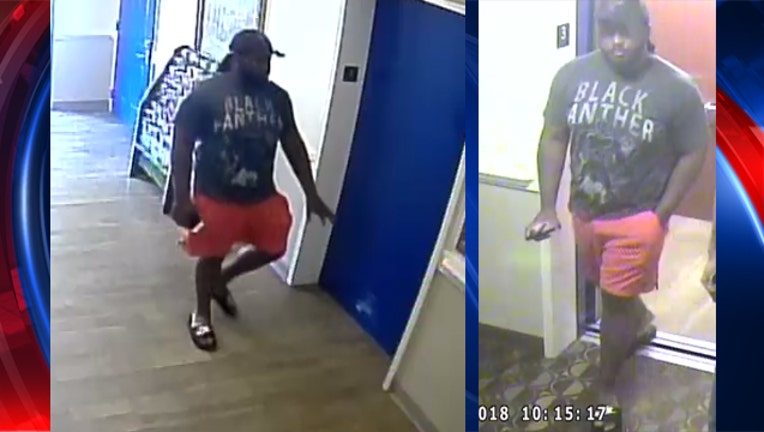 COBB COUNTY, Ga. - Cobb County Police are asking for your help identifying a man who they say was involved in a sexual assault.

Police say the assault happened on Oct. 7 at an Intown Suites located on the 2000 block of Roswell Road in Marietta.

According to police, the suspect and his victim were using an application that allowed users to see members nearby as well as talk to them. The witness told police that the man arrived at their location within five minutes of communications.

He then "overpowered and sexually assaulted" the victim, police said.

Police described the suspect as being between 26 and 30 years old with a medium to dark complexion. He is between 5-feet-10-inches and 6-feet-tall and weighs between 200 and 230 pounds.

At the time, the suspect was wearing a "Black Panther" T-shirt and red shorts. He also has a full beard that was short in length.

If you have any information that can help police identify the man, please contact the Cobb County Police Department's Crimes Against Persons unit at (770) 499-3945.