COBB COUNTY, Ga. - A Cobb County police officer and a citizen are recovering after an accident during a traffic stop overnight. 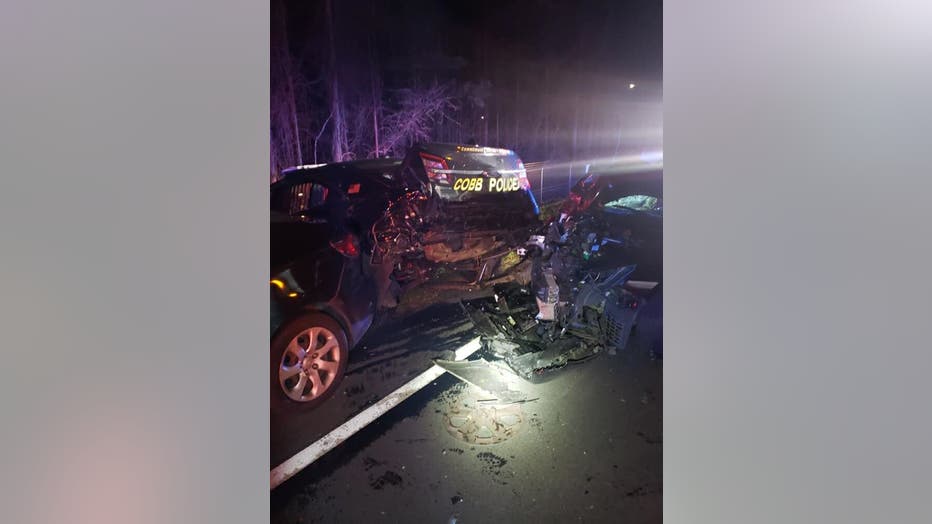 According to Cobb County police, the officer was conducting a traffic stop on South Cobb Drive at Barclay Circle, when a driver drove into the rear of the officer's patrol car.

Police released a photo of the crash, which showed the back of the patrol car and the front of the other car smashed.

Both the driver and citizen required medical care for non-life-threatening injuries. They've both since been released.

"The 'Move Over' law exists for a very good reason," Cobb County Police said on Facebook.

Officers have not said whether the driver involved will be charged.

Police reminded drivers to drive carefully, slow down and whenever possible get over from emergency vehicles who are working on a road.