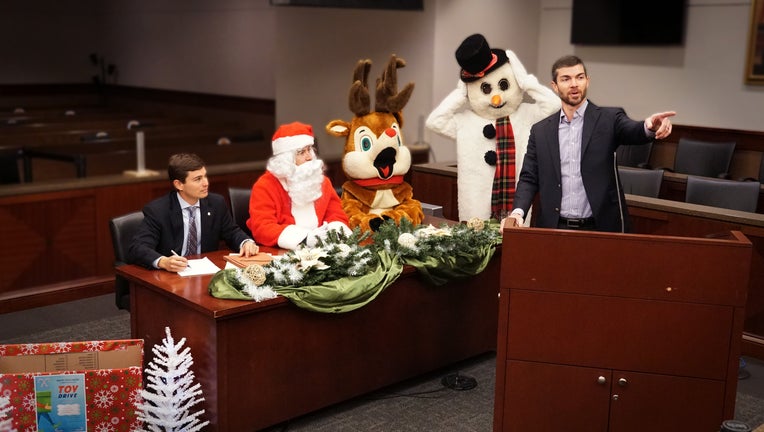 COBB COUNTY, Ga. - A so-called "ban" on the Elf on a Shelf in Cobb County has been reversed after some convincing from the Cobb County Bar Association and Old Saint Nick himself.

On Nov. 4, Cobb Judicial Circuit Superior Court Chief Judge Robert D. Leonard II posted a mock ban of the Christmas tradition on Twitter, saying that it was his "gift to tired parents."

"Not looking forward to the Elf forgetting to move and causing your kids emotional distress?" Leonard joked on Twitter. "I am a public servant and I will take the heat for you."

In his order, Leonard "banned" the elves from Cobb County, arguing it was a distraction to school students and a risk to the emotional health of Cobb's children," citing as an example his own children who apparently got into an emotional fight over a stationary elf that involved one being labeled an "Elf Murderer."

However, the Cobb County Bar Association (along with the help of Santa Claus, Rudolph the Red-Nosed Reindeer, and others) argued to Leonard that the elves are essential workers and were needed to help carry out the association's toy drive.

According to the order, "The Court agrees it is in the best interests of the children of Cobb County to allow elves to continue their work."

The group's toy drive aims to help spread some holiday cheer to Cobb County children through working with organizations like MUST Ministries, Cobb Christmas, and LiveSAFE Resources.

Collection bins for the drive are located in the Bar office at 70 Haynes St., Suite 2006 in Marietta. Monetary donations can be made through the organization's website.