Officials say someone mailed an envelope to the courthouse that contained a white substance Friday morning.

COBB COUNTY, Ga. - A portion of the Cobb County Superior Court building was evacuated on Friday morning after police said someone mailed a suspicious white powder. That substance turned out to be benign.

The Cobb County Sheriff's Office said the courthouse was evacuated on Haynes Street around 11:15 a.m. after the discovery of the powder in an envelope sent to the Cobb County Superior Court Clerk's office. 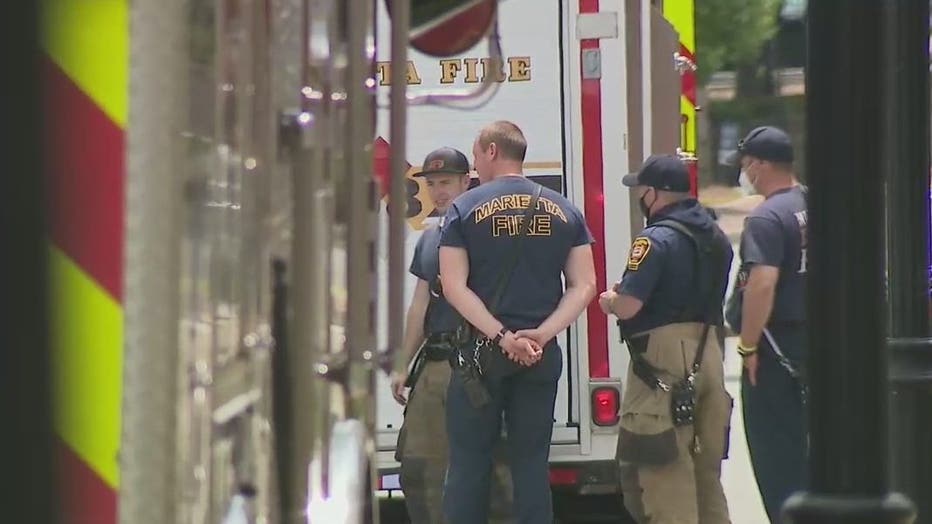 An envelope containing white powder sent to the Cobb County Clerk of Court's Office shuts down a portion of the county courthouse on April 30, 2021. (FOX 5)

Officials said a member of the clerk's office who handled the envelope was decontaminated and transported to a nearby hospital. Three others are remaining at the location for further observation.

Deputies isolated the package, which investigators later learned came from a state prison. A Hazmat team is examined the contents and determined that it was non-hazardous. 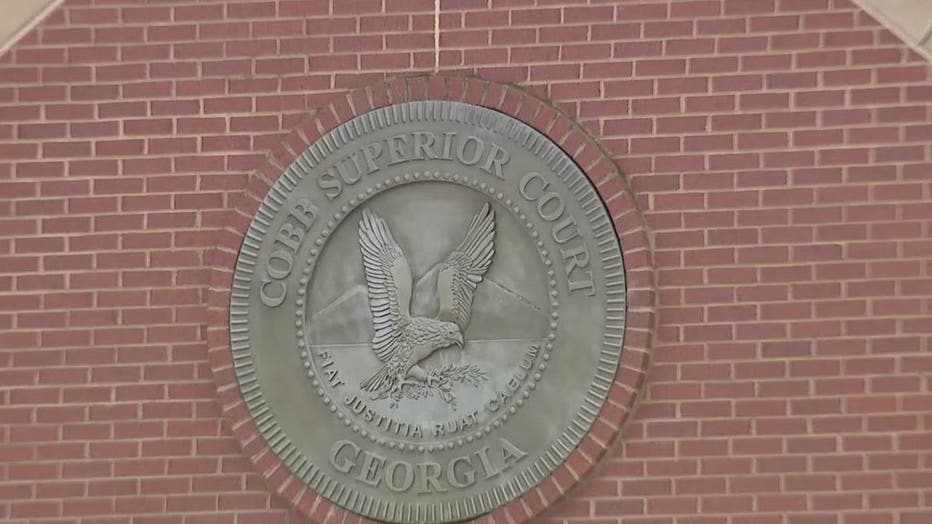 "That material was identified. They ran multiple tests to make sure. They checked it for biological material, chemical material, so they tested a myriad of things, and again, it completely was toothpaste. All the ingredients in that stuff to be conclusive with the ingredients of toothpaste," said Nick Danz, Cobb County Fire and Emergency Services. 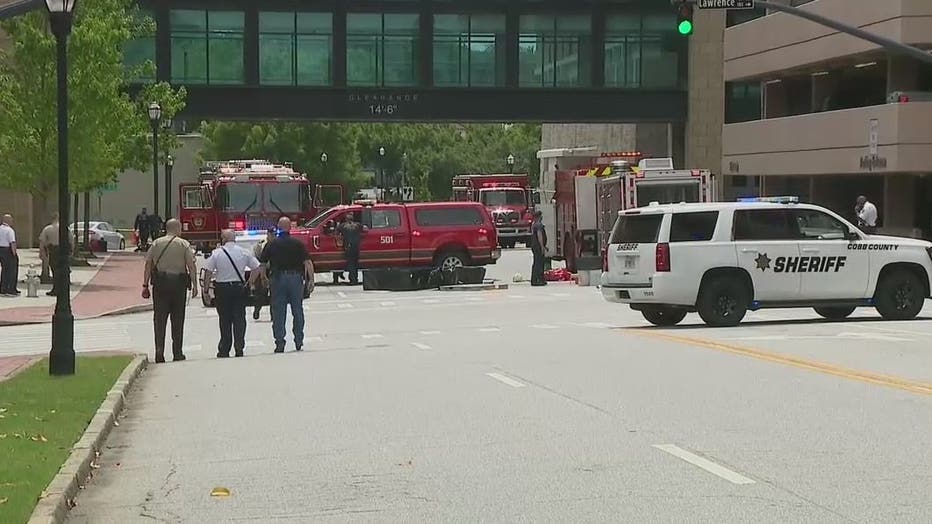 An envelope containing white powder sent to the Cobb County Clerk of Court's Office shuts down a portion of the county courthouse on April 30, 2021. (FOX 5)

Deputies blocked off the streets surrounding the court for several hours while they worked to determine the contents. The roads have since reopened.

The Cobb County Sheriff’s Office said it will conduct a follow-up investigation into who exactly sent the envelope. 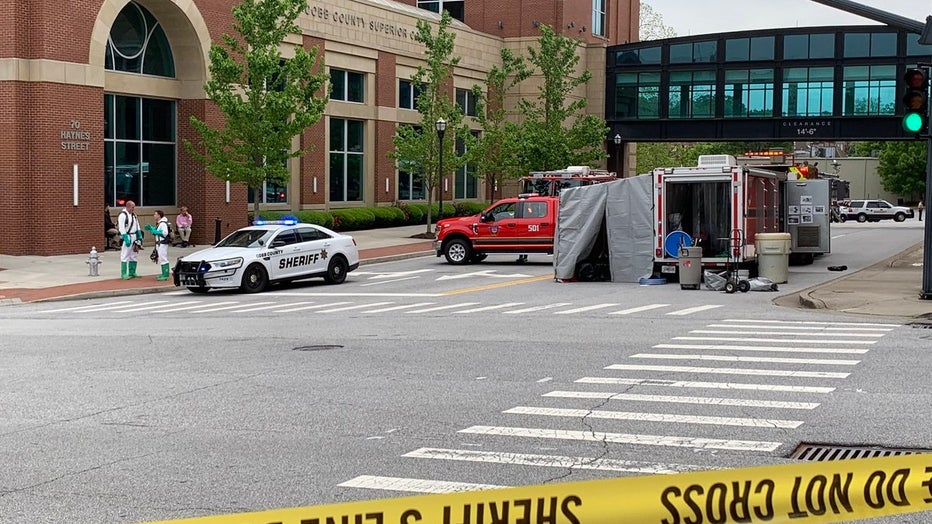