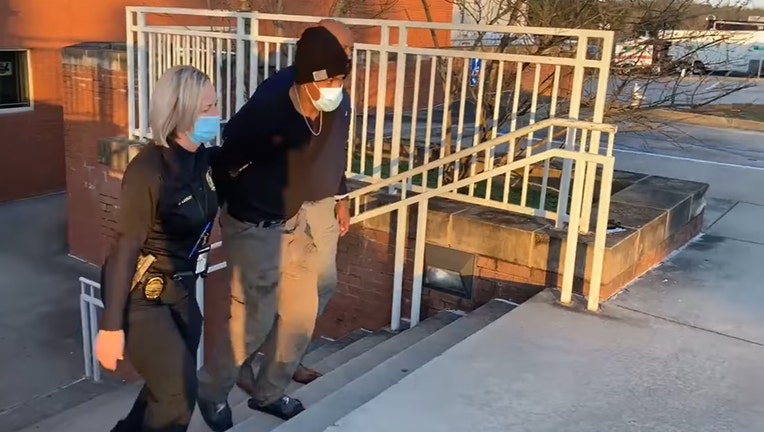 CLAYTON COUNTY, Ga. - The Clayton County Police Department released a video late Saturday night of a man they declared a suspect in a January homicide case.

The video showed officers leading a man out of a building and placing him into a police car with the caption, "Breaking News: Homicide Suspect in Custody."

Officer Darnell Brown spoke on-camera and provided details of the investigation. Brown said officers responded to the initial incident on Jan. 29 at a residence in Jonesboro.