Law enforcement officers from around the state came to pay their final respects to Clayton County Field Training Officer Henry Laxson, who was killed in the line of duty last week responding to a domestic violence call in Rex.

JONESBORO, Ga. - A Clayton County officer killed in the line of duty was laid to rest on Tuesday.

Field Training Officer Henry Laxson was killed while responding to a violent domestic call on the night of Nov. 30 in Rex, Georgia.

That call came in around 8:40 p.m. Tuesday in the 3600 block of Jervis Court off of Biscayne. Police said two women were killed and a 12-year-old boy was shot in the face before officers could arrive. The boy was rushed to an area hospital in critical condition.

Clayton County Officer Henry Laxson to be laid to rest

Field Training Officer Henry Laxson was killed while responding to a violent domestic call. He will be laid to rest Tuesday after a public visitation and a celebration of life service.

Laxson had been with the department since 2017, and his friends said he was a good guy and a good cop with a bright future.

"He would always be passionate about the job he was doing and the uniform he was wearing. He made his dreams come true. He set goals, he achieved them, he didn't let any setbacks get in his way, he just went out and did it," said Jim Lee, Laxson's friend. 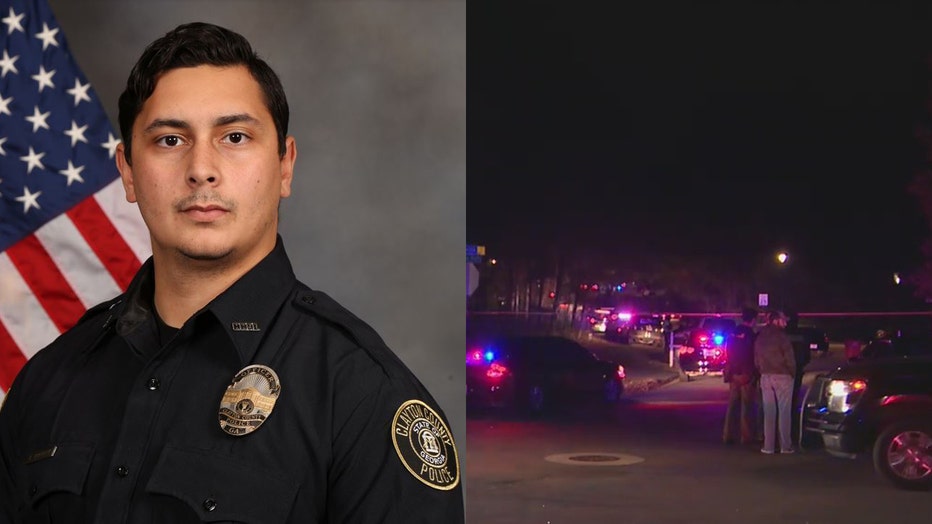 Family, friends and law enforcement from all over the state came to pay their final respects and bid farewell to someone who has been called a true hero. Among those in attendance at First Baptist Jonesboro were Georgia Governor Brian Kemp and first lady Marty Kemp.

The family all to wear shades of blue to honor Officer Laxson.