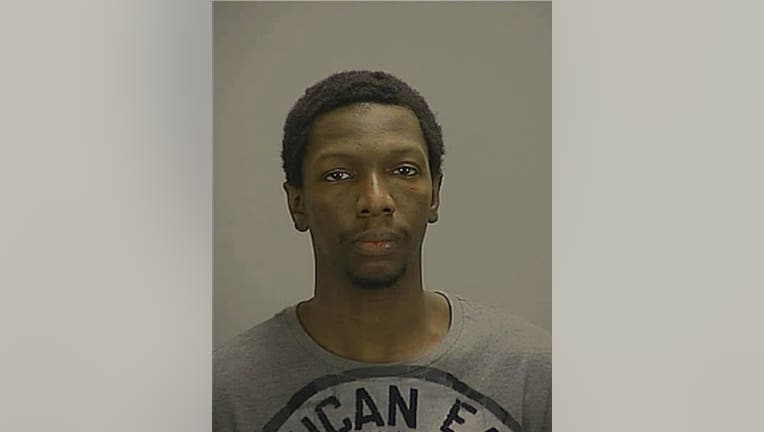 CLAYTON COUNTY, Ga. - A Clayton County man was arrested Wednesday for kidnapping his child and threatening his toddler’s mother and her sister at gunpoint.

Jermaine Bagley was arrested about seven hours after confronting his 3-year-old child’s mother at a home on Falcon Crest Drive in Jonesboro. The Clayton County Sheriff’s Office said around 5:30 a.m., Bagley began walking around his child’s mother’s home, banging on windows, armed with a black handgun.

“Once Bagley didn't get an answer, he walked around from the side of the house to the front and confronted his child’s mother and struggled with her on the porch. After she was able to break free and run to her vehicle, Bagley pointed his gun at her and demanded she open the door in three seconds or he would shoot her,” deputies wrote in a release sent to FOX 5 News.

Once inside, deputies said Bagley threatened the mother’s sister with a gun as she held the toddler.

“Bagley told her that if she didn't give him the baby, he would shoot her while waving the gun at her,” deputies reported.

After being handed the young child, Bagley fled the scene.

Deputies said a county-wide alert was issued. The sheriff’s office said their PANTHER unit that specializes in domestic violence situations, was able to track him down around 3 p.m.

The sheriff’s office issued a blanket warning following the incident that read:

“If your emotional immaturity 'cause you to assault and stalk women, leave Clayton County or expect to be stalked by PANTHER!”

The child was returned to the mother unharmed. Bagley was booked into the Clayton County jail.