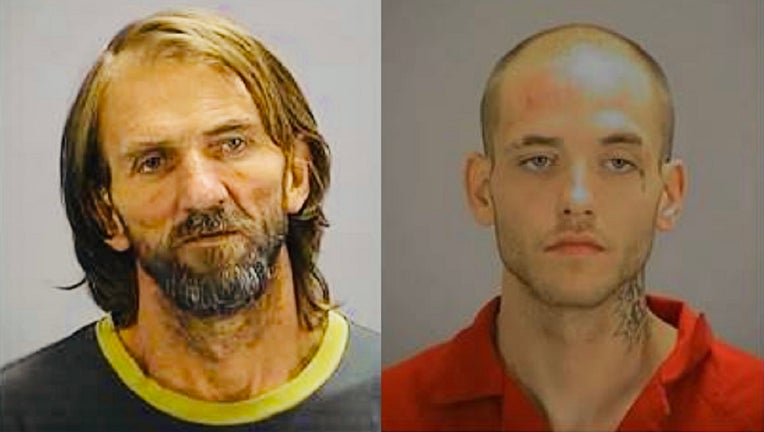 CLAYTON COUNTY, Ga. - A father and son have been arrested after accusations they tied up and threatened to kill the son’s girlfriend.

The Clayton County Sheriff’s Office said Dennis Roddy was arrested on Spring Drive in Riverdale during a traffic stop and his son, James, surrendered to the PANTHER unit as they approached a pool house on Evans Drive in Riverdale where he was hiding out. Deputies said both were taken into custody without incident on Monday hours after a warrant was secured for their arrests.

The sheriff's office said Clayton County police respond to a home in reference to a domestic dispute on Saturday. Officers said they found the woman was bruised and swollen on the left side of her face and ear. Police also said she had marks around her neck that were “consistent with strangulation.”

The elder Roddy told police James’ girlfriend was making advances on him and that his son became angry, punching her in the head, throwing her to the ground before he helped his son bind her hands and feet together.

Investigators said both father and son then kicked and beat the woman. Police said James “grabbed the victim by the neck, picking her up off the ground and strangling her to the point at which she could not breathe.”

The sheriff’s office reported that “James and his Father Dennis then discussed killing the victim and dumping her in a lake nearby.”

A yellow rope was found inside the home that appeared to be cut, officers said.

James Roddy told police he and his father are meth users which led them to act in “a radical manner.” Witnesses confirmed James was a frequent meth user and had tried to kill people in the past.

Both father and son were booked into the Clayton County jail on charges of kidnapping and assault.