A new curfew set to impact hundreds of kids in one city is now on hold. Rome city leaders are divided about changing their ordinance for teens to be inside by 10 p.m. following several violent incidents in the downtown district. The board was expected to vote on it on Monday night.

ROME, Ga. - A stricter curfew is on hold right now for teenagers in one Georgia city.

Rome commissioners are debating whether to impose a 10 p.m. curfew following several violent incidents in their downtown district.

The curfew is currently 11 p.m.

The board tabled their vote after some commissioners shared concerns about the message this curfew will send to the teenagers in this community.

They also don't want kids leaving a football game or just out having a safe, fun night to be punished.

"Our downtown merchants have asked for this, for more controls downtown," Mayor Craig McDaniel explained.

He said the need for a curfew change isn't just the result of one incident that happened downtown a few weeks ago.

However, it was the incident from last month that was the focus of Monday's meeting.

According to commissioners, about 200 young people gathered downtown that evening and caused chaos.

Commissioner Bill Collins explained they "went downtown and created a disturbance, fighting, etcetera, etcetera. I don’t even think it was 10 o'clock."

Soon after, the city's public safety committee recommended the commission change the current curfew for anyone under the age of 17 from 11 p.m. to 10 p.m. each night.

"This is an imperfect solution. It's not something that we, we look at as being the solution," Askew explained. 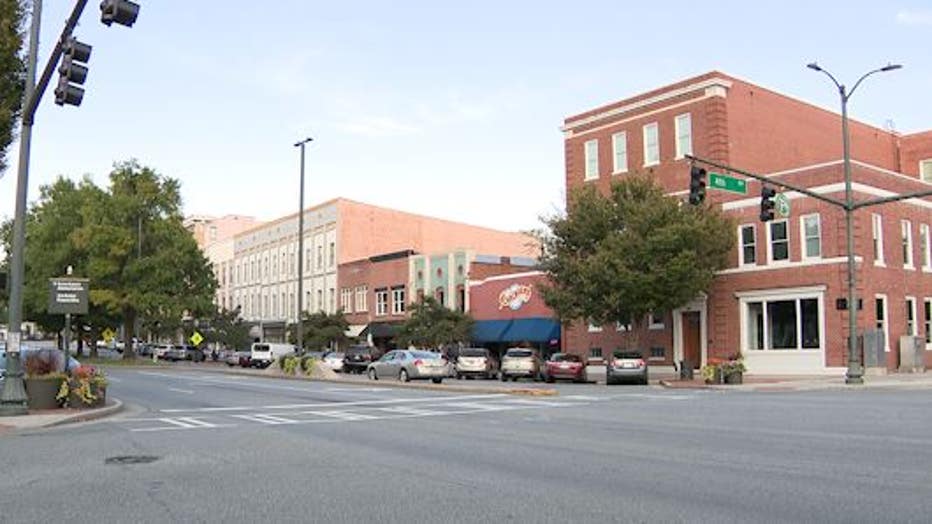 Several commissioners questioned whether it was necessary to enact this ordinance throughout the city -- instead of just in downtown since that seems to be the problem area.

"I don't think we need to penalize every teenager, every child for being a child and a teenager just because you have a handful that wanna act out," Commissioner Sundai Stevenson explained.

The curfew only applies to anyone under the age of 17 without adult supervision.

Some commissioners also fear that changing the curfew will send a negative message to the young people that leaders don't want them to gather.

"If we do this and we even go down to 10 p.m., I don’t think we should be surprised if those young people are happy to get the heck of our Rome and don’t plan to come back," Commissioner Wendy Davis said.

The board plans to give a newly created task force time to come up with a plan for extracurricular activities young people can do and recommendations on this curfew.

No word yet on when commissioners will vote on the curfew.