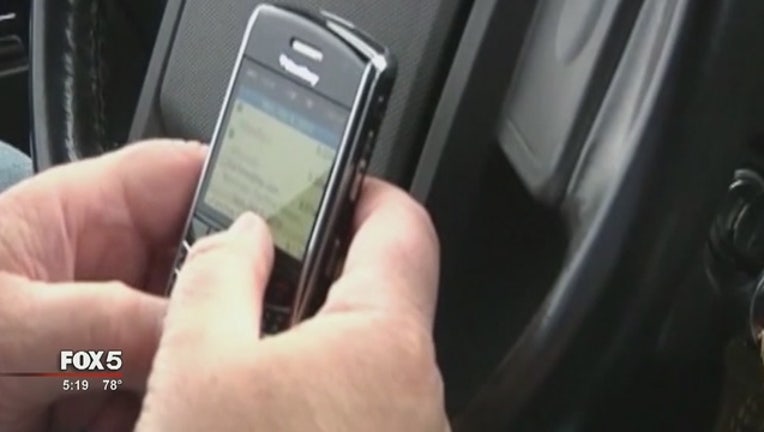 ATLANTA (AP) - Citations for distracted driving have jumped in the past year since Georgia made it illegal to drive while holding a cellphone.

A state law that took effect July 1, 2018, prohibits drivers from holding a cellphone while they're behind the wheel. They can only make calls using hands-free devices with their phones. Numbers compiled by the Georgia State Patrol show thousands failed to make the change.

A report by the State Patrol shows that state police wrote nearly 25,000 tickets for distracted driving in the law's first year, The Atlanta Journal-Constitution reported. That's an average of 68 tickets per day, and the numbers don't include tickets issued by local police departments.

"There are so many violations that we see, it's hard to tell if it's actually taking a toll yet," Sgt. Henry Batts, a Georgia state trooper based in Albany, told WALB-TV. "We are getting people to comply with the law. It's just going to take more tickets, I guess."

Violating the hands-free law in Georgia is punishable by fines of $50 to $150 - depending on whether it's a first or subsequent offense - as well as one to three points assessed against the driver's license.

State Patrol officials say police didn't really step up enforcement of the law until after Oct. 1. And the agency's numbers show citations have continued to increase in 2019, with more than 16,000 tickets written since Jan. 1.

Thousands more tickets are being written by local police. For example, the Atlanta Police Department said its officers issued more than 17,000 distracted driving tickets in the past year.

Traffic fatalities and collision insurance claims have declined in Georgia since the cellphone law took effect, the Atlanta newspaper reported, and some safety experts say that indicates the law is working.