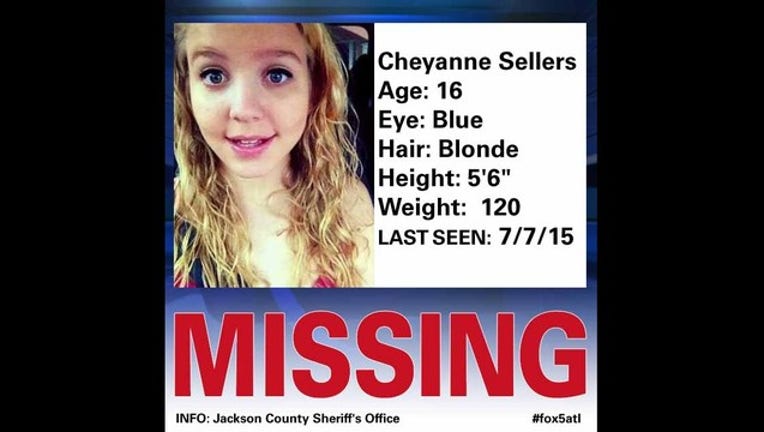 UPDATE: Officials say the teen has been found.
-----
Authorities in Jackson County have issues a Child Abduction Advisory following the disappearance of a 16-year-old girl.

The Jackson County Sheriff's Office says Cheyanne Sellers was last seen on Kelser Road in Nicholson around 6 p.m. Tuesday. She reportedly was headed to Marietta. Investigators have not given any further details about her disappearance.