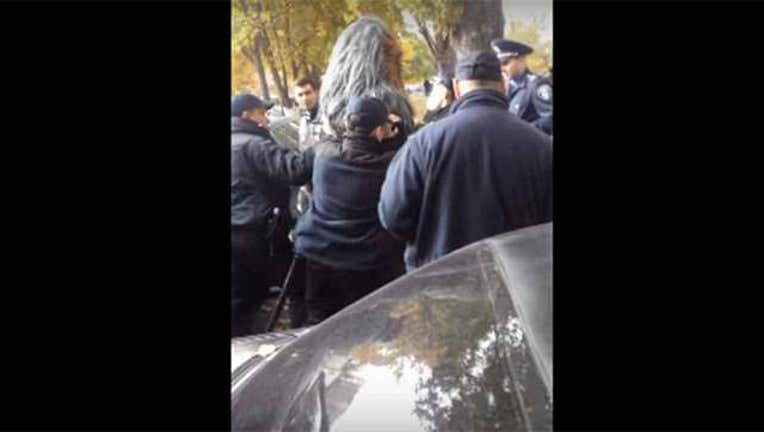 'Chewbacca' arrested in Ukraine after campaigning for 'Darth Vader.'

NEW YORK (FOX 5 NY) - It seems 'The Force' didn't  do much for 'Chewbacca.'  A man dressed as the 'Star Wars' character was arrested Sunday in the Ukraine after he reportedly refused to show documentation outside a polling station and for campaigning on an election day which is illegal in the European country. Before he was arrested, 'Chewbacca' dropped off another man dressed as 'Darth Vader' who is running for mayor. He was reportedly fined the equivalent of $8.

In other Star Wars news in the Ukraine, a statue of Lenin in Odessa was recently transformed into Darth Vader because of a new law outlawing communist symbols.