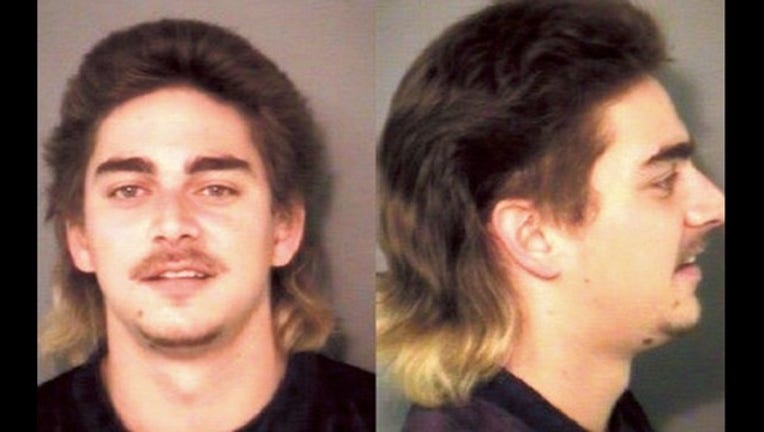 CHARLOTTE, Nc. - With Halloween around the corner it won't be long until we're inundated with people in costumes at bars. But Joe Gillespie of Charlotte is in trouble for doing just that!.

According to an article by Ryan Pitkin of Creative Loafing Charlotte, Gillespie found himself drunk and at the bottom of a stairwell at Charlotte's minor league ball park on a Saturday night. After calling a friend and discovering his buddies at a nearby Hooters Restaurant he decided to join them, only he got sidetracked while passing the dressing room for Homer the Dragon, the mascot for the Charlotte Knights.

Gillespie told Pitkin he suited up in the full costume, headed over to Hooters and proceeded to party. Then he hit up the Tilt next door and used his 'disguise' and persuasion skills to get him past the long line and bouncer claiming "Dude, you're not gonna let Homer the f------ mascot into your bar right now?"

Later that night or morning, which ever you prefer, Gillespie claimed he rode a rickshaw around town and then grabbed an Uber home. His plan was to drop the costume off at the ball park on Monday but the cops beat him to the punch Sunday night.

They showed up at his house. Turns out Gillespie was caught on camera at the ballpark and his picture had made the news with the headline "Man breaks into Ballpark and flees scene wearing costume"

Gillespie said he wasn't trying to steal anything, he was only borrowing the costume. However he is still being charged with felony breaking and entering as well as larceny. But Joe said despite all the trouble, that night still ranks as one of his top three nights of all time.