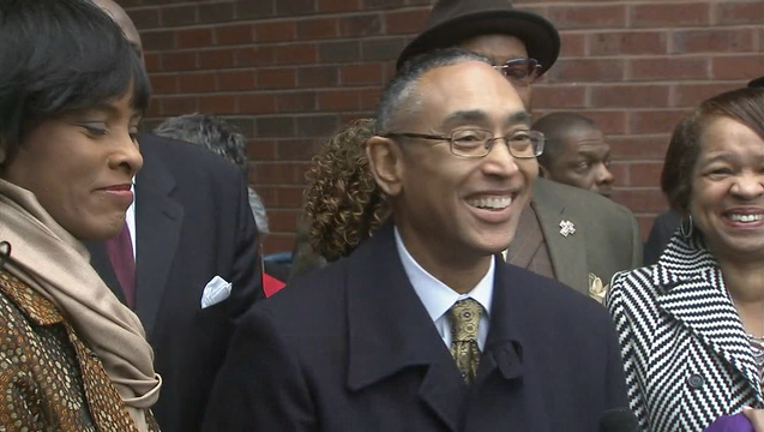 In his statement, Ellis said that DeKalb County has some inaccurate data in the billing software, which stems from the transition from outdated meters to newer technology.  Below is the entire statement from Ellis regarding the incident:

Thank you for welcoming  me back to office as your CEO. As I complete my term, which ends on

Dec. 31 at midnight, I have pledged to continue to make your priorities the priority of your county

government, and to keep you informed of those critical issues which impact your quality of life.

Upon returning to office, I immediately began working on a resolution to our water billing  crisis.

several months. There are a number of reasons we have identified for these problems, which are

summarized in this letter.

our transition from outdated meters to newer technology. In many instances, the data which was

information from the traditional meter. Before August 2016, our staff had been making thousands

of manual adjustments in every billing cycle to restore statement accuracy. By August 2016, the

number of accounts with data issues exceeded the ability of staff to correct them in time for  billing.

As a result, DeKalb County began withholding all statements that may have had data issues. The

root causes of those data issues have now been identified, and those previously withheld bills will

now be mailed out.

Customers who have been affected  will be treated fairly.  The majority of water billing accounts

will be unaffected as they have received timely and accurate statements. However, we recognize

that for those customers whose statements have been withheld, this creates a hardship. Therefore,

the  bills  of  those  customers  whose  statements  were  withheld,  or  accounts  that  have  been

otherwise identified as containing questionable information, will be released to these customers

beginning Friday, Dec. 30. These bills will include an estimate based upon the average usage over

the past 12 billing cycles (discarding the highest and lowest statements in this period). During this

period of estimated bills, customers will not be back-billed if the actual usage amount exceeds the

estimated amount. Customers will also be given 12 months to pay any bill that was withheld from

a normal statement  mailing  by DeKalb County from September-December 2016. (This does not

include any outstanding balance that was billed prior to September, or any bill that was mailed as

Also, there  are  approximately  5,700 customers who  are self-enrolled  in  the  Dispute  Resolution

process.  Of  these,  1,300  customers  who  have  been  identified  as  containing  questionable

information  will  receive  statements  as  explained  above,  and  move  into  that  program.  The

remaining customers will continue to be serviced via Dispute Resolution, and will not deviate from

The county has implemented a verification process to ensure future accuracy.  All accounts that

prioritize the accounts with questionable data first, before eventually verifying every water meter.

actions immediately and autonomously. All 184,000 accounts will be visited and verified within a

In  addition,  a  water  and  sewer  billing  advisory  committee  of  DeKalb  County  citizens  will  be

empaneled. This committee will receive regular updates on the progress of the field verification

process and provide insight and guidance with customer engagement moving forward. The Board

of Commissioners is expected to advance this issue in January 2017.

All high water bills are not the result of county error.  Aside from inaccurate data, a high water

reading may be the result of a leakage on your property, higher consumption due to irrigation

(particularly  during  the  ongoing  drought),  or  because  of  our  higher  water  rates  which  were

mandated by a federal consent decree. Also, as we replace older meters with newer technology,

we can expect more accurate meter readings. Any of these could result in higher water bills.

In conclusion, DeKalb County is committed to providing the best possible customer service to our

citizens.  We apologize for any inconvenience and hardship this issue has caused and we appreciate

your patience, understanding, ideas and support as we work through this challenging issue.