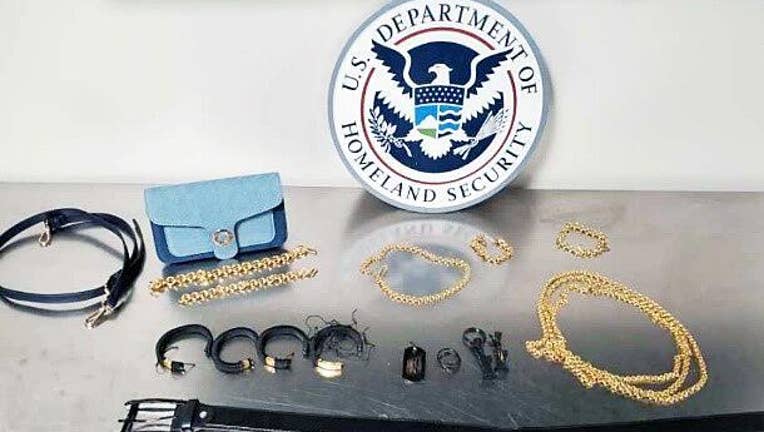 FORT LAUDERDALE, Fla. - U.S. Customers and Border Protection officers have discovered thousands of grams of gold that a passenger was attempting to smuggle through a Florida airport.

Officials with CBP say on Oct. 6, they encountered a passenger arriving from Colombia at the Fort Lauderdale International Airport.

According to investigators, the passenger tried to smuggle the gold disguised as belt buckles, bracelets, and a keychain, which were painted black to avoid being detected.

In total, over 2,700 grams of gold were allegedly found on the passenger - which officials estimate had a value of $170,000.

"Gold is one of the top ten items smuggled globally, either to evade import duties or to launder the illicit profits of Transnational Criminal Organizations, " said CBP’s Acting Ft. Lauderdale Port Director Stephen J. Balog. "This discovery is indicative of the attention to detail our officers deploy every day protecting our  nation's economy."

The gold was seized and is now under investigation by Homeland Security agents.