Cody Mack is recovering at home after undergoing emergency surgery due to a gunshot wound to the cat's shoulder.

SOUTH FULTON, Ga. - Nikki Henderson is doing what she can to comfort her beloved cat Cody Mack after a traumatic week.

A veterinarian discovered a bullet lodged in his shoulder. 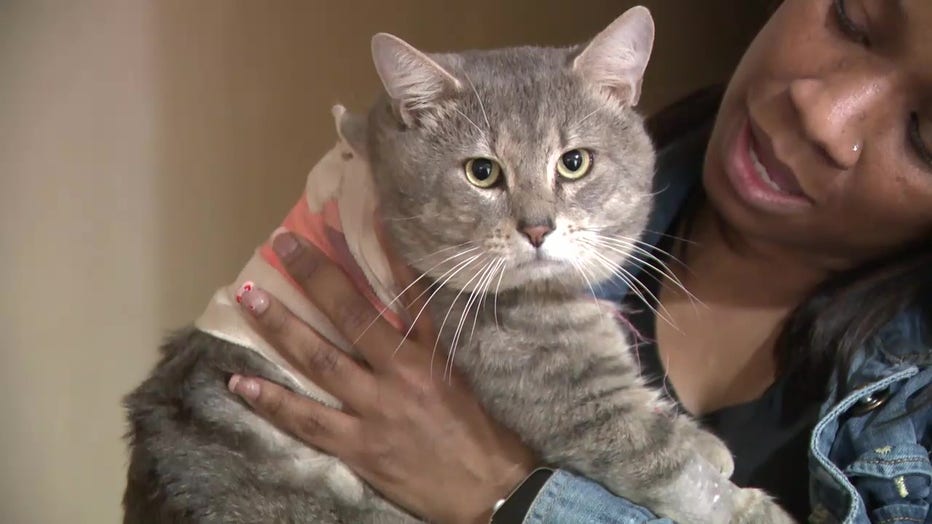 Nikki Henderson holds Cody the cat who is recovering from a gunshot wound in South Fulton. (FOX 5)

Henderson  found Cody injured and bleeding at her residence on Shannonlore Drive in South Fulton after visiting her mother at the hospital Friday.

"I said it look like somebody shot him," said Henderson. "Somebody done shot Cody."

Henderson took Cody to an animal clinic where staff delivered the grim news.

"After doing the exam they noticed yup he had been shot," Henderson said. "The bullet is still there and we are going to have to do surgery. They said it was infected. 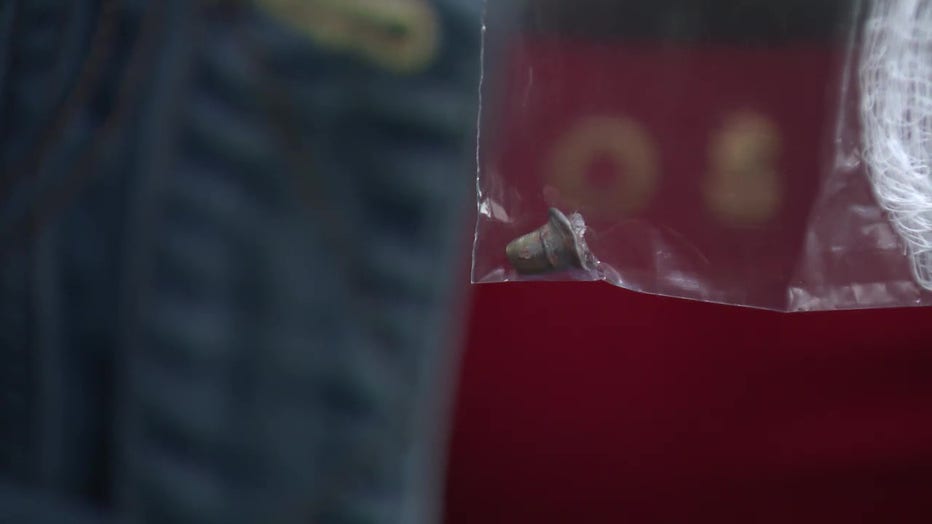 Nikki Henderson holds the bullet that was found in her cat Cody in South Fulton. (FOX 5)

After doing the shaving they noticed that it looked as though someone had cut him. The cut was there, very visible and someone had tried to stitch him up."

"You not only shot my cat but you going to stitch him up," said Henderson. "What was your intention on cutting him were you trying to get this bullet?" 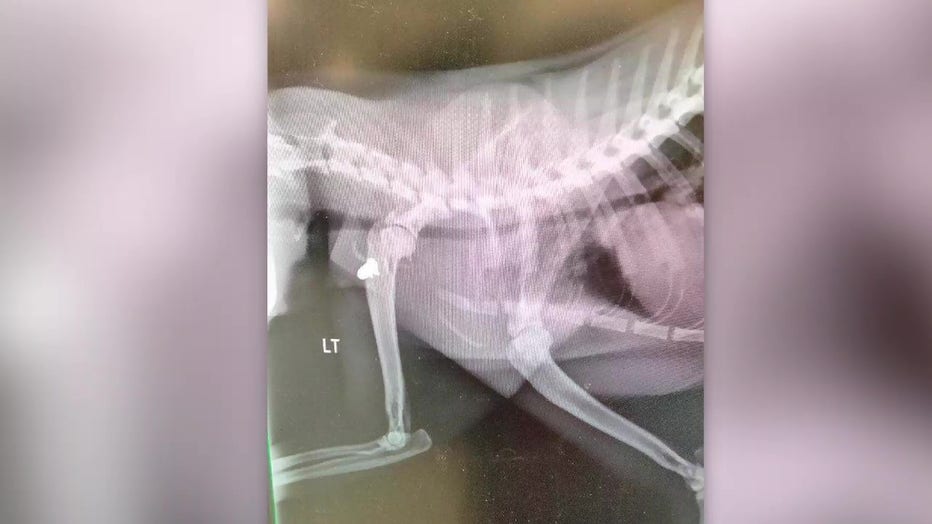 An X-ray shows where a South Fulton cat was shot. (FOX 5)

She lets Cody out to get exercise and said he always stays close to home. She now fears someone in her quiet community tried to kill him.

"I don't know who did it.  I hope I find out who did it. I will be pressing charges," Henderson said.

Henderson said she's not only worried for her cat and other pets in the neighborhood, she fears for her own safety knowing someone is capable of such violence. 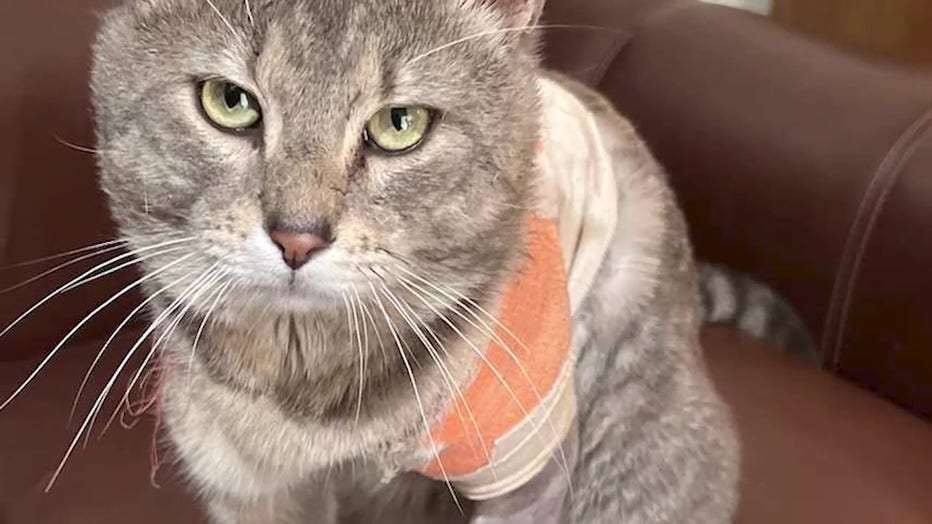 Cody the cat is recovering after being shot in South Fulton. (FOX 5)