Police are searching for two shooters who fired shots near Candler Road in DeKalb County.

DEKALB COUNTY, Ga. - A gunman wanted in connection with a shooting on the 5200 block of Candler Road in DeKalb on Friday morning, was caught on camera opening fire in a liquor store parking lot.

A short time later police said someone opened fire on a vehicle as it was leaving the area. 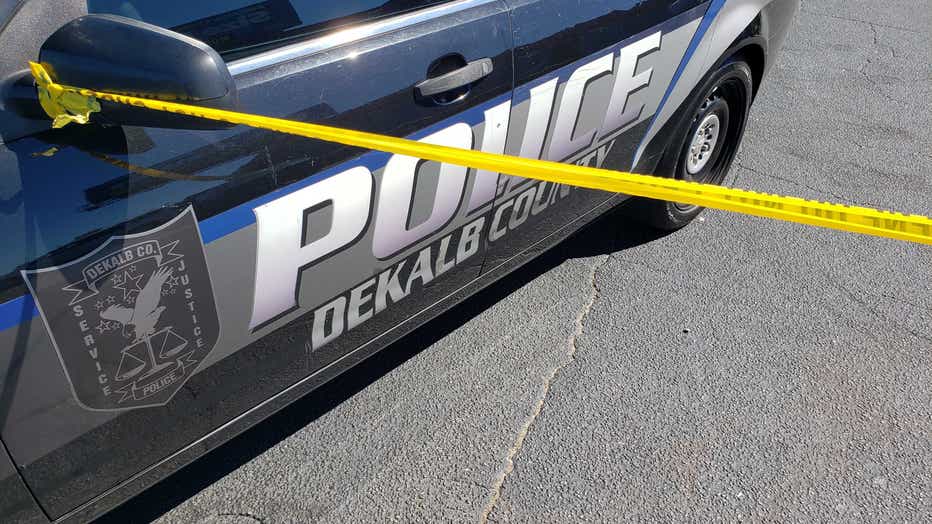 FOX 5 obtained store surveillance video which shows the gunman walking towards the store, stopping at the entrance to the parking lot and opening fire, shooting another man who was walking in the parking lot. The shooter got off several shots before leaving the scene on foot.

"The shooter and another guy were talking about the problems they had with the boy. Next thing you know I saw them shooting," said McCrae. "I was scared. I ran."

Another store camera recorded the victim who was shot in the leg, collapsing in the liquor store parking lot. A bystander called 911. Police said the suspect in that shooting fled to the Economy Hotel just down the street. They were unable to locate the shooter.

According to police, a short time later someone opened fire on this black car just down the street from the Economy Hotel on Ember Drive as the vehicle was leaving the area. The shooter reportedly ran into a room at the hotel.

DeKalb police are searching for the suspects in both shootings as they work to determine whether the incidents were connected. Anyone with information in either shooting can contact the DeKalb County Police Department.