BUTTS COUNTY, Ga. - The Butts County Sheriff's Office presented one of their deputies with a lifesaving award Wednesday for his role in rescuing a fellow law enforcement officer from a fiery wreck.

Deputy Garrett Vick said he was driving through the city of Jackson around 4:30 a.m. May 27 when a city police officer radioed for help responding to a traffic crash on State Route 16.

"He then advised that it was an officer-involved wreck," Vick recalled.

A semi-truck had collided with the officer's patrol car, pinning it between the cab of the truck and a concrete wall.

"The wall was about the height of the patrol car as well, so there was only one side of access to the vehicle," said Deputy Vick. 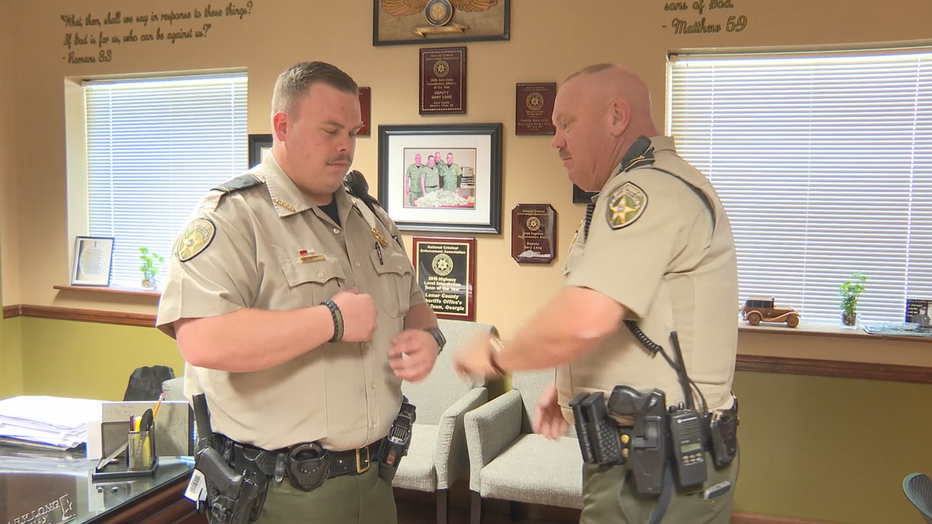 Deputy Garrett Vick receives a lifesaving award on June 3, 2020 for his efforts a week earlier. (FOX 5)

Officers on the scene worked to secure the injured officer's firearm and were working to remove his utility belt when the car caught fire.

Deputy Vick helped pull the officer through the window of his patrol car and got him to safety.  Minutes later, there was a series of explosions.

"It was kind of a somber moment," said Vick. "As soon as we got him to the curb, sat him down and he began to remove his duty equipment, that's when the rounds I believe from his rifle or shotgun started exploding and the flames had made it all the way through the passenger compartment of the vehicle." 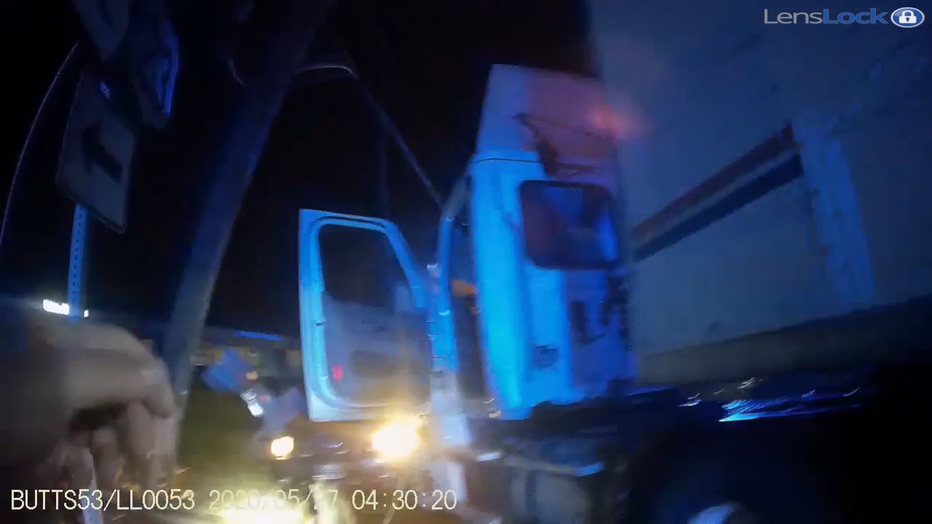 Deputy Garrett Vick helps to save a truck driver's life as seen in this still from police cam video from May 27. 2020. (FOX 5)

According to the city of Jackson Police Department, the officer only suffered minor injuries.

"He wears a different uniform, works for a different agency, but we do the same job.  We work the same shift. I've worked with that officer many a nights. He's backed me up on traffic stops. It's not about where you're at. It's about the fact that he's a brother and it's time to get him out," Deputy Vick explained.