Man writes book for wife who lost memory during childbirth

Steve Curto wrote a book for his wife to share the couple's love story after she a brain injury during the birth of their son led to complete memory loss.

FENTON, Mich. - A husband whose wife lost her entire memory during the birth of their son decided to write a book to help her recall their history together.

Steve Curto self-published the book, "But I Know I Love You," which he released in September on the date of their fourth wedding anniversary.

His wife, Camre, was expecting their son seven years ago when she suffered a devastating brain injury that resulted in complete memory loss. 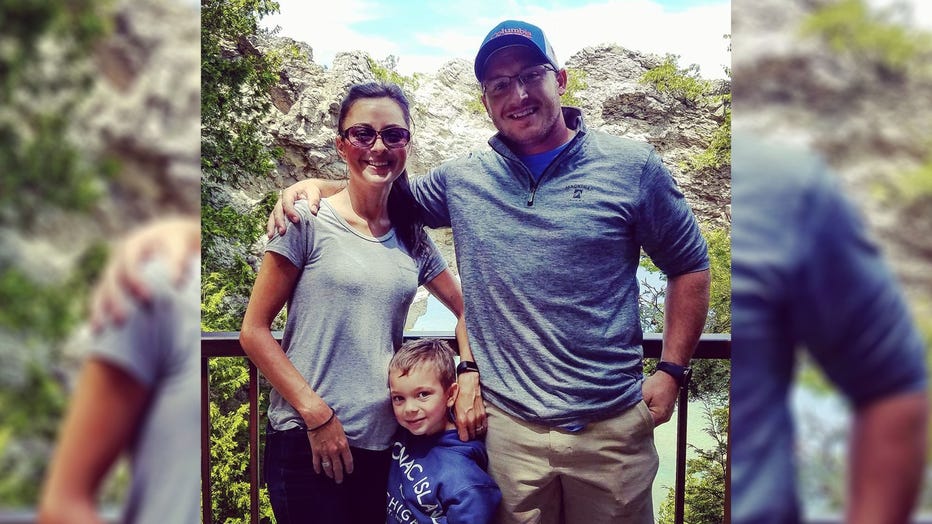 The Curto family is pictured in a provided photo. (Photo credit: Steve Curto)

Steve said Camre started to feel sick early in her third trimester and was put on bed rest.

“She couldn't even make her own baby shower,” he said. “Camre was taking Zofran for weeks to combat the nausea.”

Camre’s throat began to swell and she was later rushed to the hospital, where she went into eclampsia and suffered a grand mal seizure. It was later determined that she had suffered undiagnosed preeclampsia, a potentially dangerous pregnancy complication characterized by high blood pressure.

Doctors performed an emergency c-section on Camre and delivered their son, Gavin, who weighed just over four pounds.

“The doctors saved her and our sons’ lives and I'm forever grateful,” Steve said. “The doctors never speculated on what caused what. We just were thankful she was alive.”

In addition to the seizure, Camre also suffered a stroke that affected both sides of her brain and erased her long and short-term memory, Camre's occupational therapist, Jessica Smith, told Good Morning America.

"She couldn’t recall memories prior to her brain injury and she can’t remember short-term memories now," Smith, a therapist at Galaxy Brain and Therapy Center in Ann Arbor, Michigan, told the outlet. "What happened to her is extremely rare."

Steve said he turned to writing the book as a way to illustrate the last 10 years of the couple’s love story for his wife, as well as to document what happened to the couple and to “show the world our family’s strength.”

“I hope it brings awareness to the dangers of preeclampsia,” Steve said of the book. “I also hope it shows people to not take life for granted. Tomorrow is never promised so live in the moment, hug your loved one and never give up on yourself or others you love.”

Camre’s memory has improved “tremendously” over the last seven years, Steve said — who added that while she has a difficult time retaining her memories, she never gives up.

“We are hopeful that her epilepsy will be controlled one day and also hopeful her memory will continue to improve like it has already,” he said.

Steve continued: “She inspires me everyday. She is an awesome mom to our son and a loving wife. She lives her life in the moment basically but shows the true meaning of determination by getting up everyday and always moving forward.”