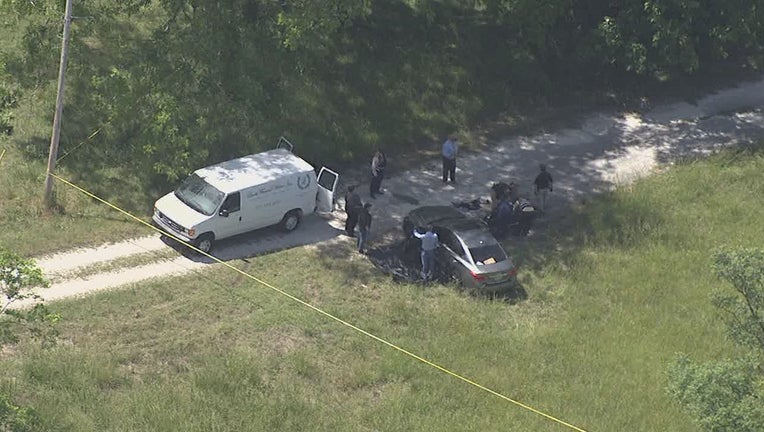 Police investigate a crime scene off of Flat Shoals Road near Conyers on May 20, 2021.

ROCKDALE COUNTY, Ga. - Two people were found dead inside a car along a rural Rockdale County road on Thursday afternoon.

SKYFOX 5 flew over the scene located along Bruce Road SW where the paved road turns into a dirt road just off of Flat Shoals Road NW near Conyers around 3:30 p.m. Law enforcement officers could be seen surrounding a gray sedan.

Deputies said they found a man and woman inside the car each suffering from multiple gunshot wounds. 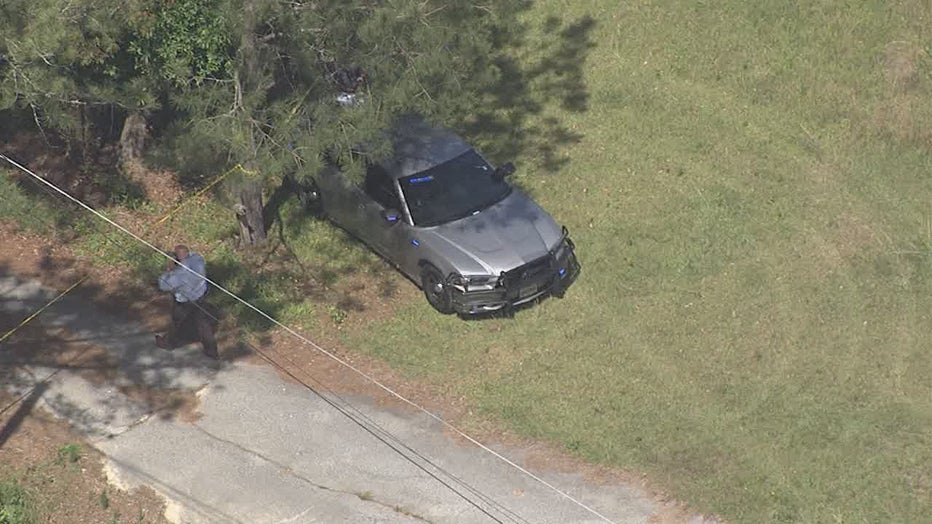 Police investigate a crime scene off of Flat Shoals Road near Conyers on May 20, 2021. (FOX 5)

Crime scene technicians could be seen combing over the scene.

Information on a suspect was not immediately available.