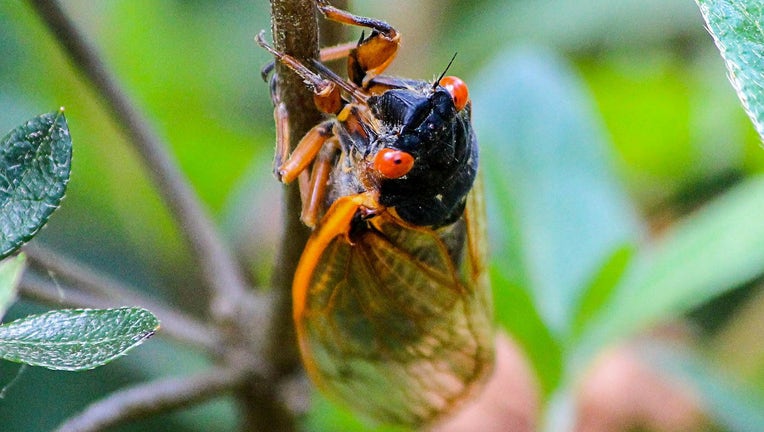 (Image by JamesDeMers from Pixabay)

LUMPKIN COUNTY, Ga. - If you've been hearing loud buzzes whenever you go outside, you're not alone.

A Georgia sheriff says people in his county have been confusing a buzzy bug's mating call with a loud alarm.

After 17 years underground the cicadas of Brood X have emerged. While there are many broods of periodic cicadas that appear on rigid schedules in different years, this is one of the largest and most noticeable. The cicadas have popped up in mass numbers in 15 states from Indiana to Georgia to New York.

When the entire brood emerges, backyards can look like undulating waves, and the bug chorus is lawnmower loud.

According to the Lumpkin County Sheriff, many people have heard the noise and thought it was an alarm but it turns out to be the harmless (though loud) mating call. The call can get to be over 100 decibels.

"Be thankful if you are able to hear them and if the good Lord lets you live another 17 years, you will hear them again," Sheriff Stacy M. Jarrard said.

The sheriff's office shared a video taken by a Lumpkin County resident from her front porch and you can hear the loud buzzing that sounds like it's coming from everywhere.

America is the only place in the world that has periodic cicadas that stay underground for either 13 or 17 years, says entomologist John Cooley of the University of Connecticut.

The bugs only emerge in large numbers when the ground temperature reaches 64 degrees. That’s happening earlier in the calendar in recent years because of climate change, says entomologist Gene Kritsky. Before 1950 they used to emerge at the end of May; now they’re coming out weeks earlier.