The national touring production of Broadway’s Hello, Dolly! is parading through Atlanta’s Fox Theatre this week.

ATLANTA - She’s the Great Lady of the American Theatre, a fictional icon for whom men in tuxedoes line up to serenade and audiences stand up to applaud. And now that Dolly Gallagher Levi is back in Atlanta where she belongs, it’s only appropriate that we wine and dine her at The Fox Theatre's fabulous Marquee Club.

The national touring production of Broadway’s Hello, Dolly! is parading through Atlanta’s Fox Theatre this week, with performances continuing through Sunday, February 16th.  Taking on the title role in the classic musical (and following in the footsteps of Carol Channing and Bette Midler, both of whom won Tony Awards for the role) is three-time Tony nominee Carolee Carmello, known for her performances on Broadway in shows including Parade, Lestat, and Scandalous.

This isn’t the first time Carmello has worked in Atlanta; she was previously seen in the world premiere of Tuck Everlasting at the Alliance Theatre in 2015, a musical that moved to Broadway the following year. 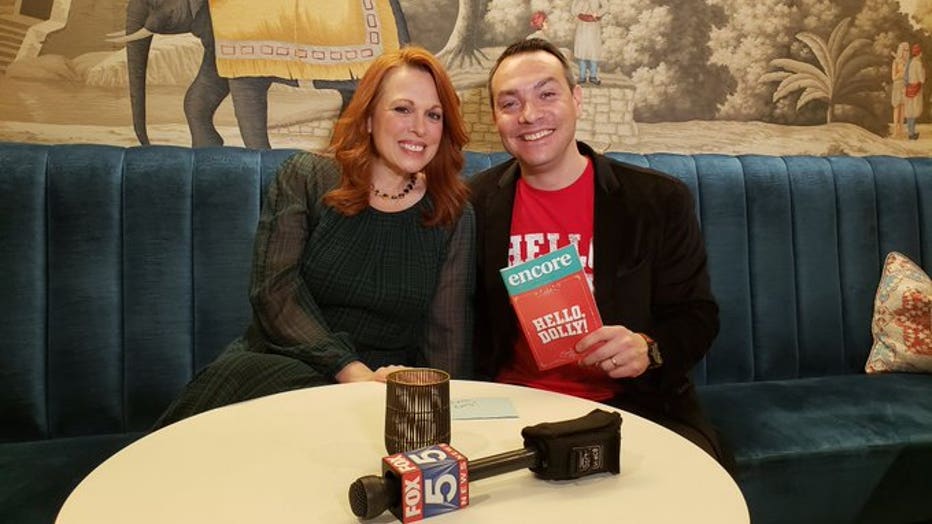 The title character in Hello, Dolly! is, of course, a matchmaker — and to sit down and interview the woman playing her, we needed to find a romantic setting that Dolly herself would approve of. That led us straight to The Marquee Club presented by Lexus, a 10,000-square foot space that offers guests cocktails, gourmet bites, and quick entry into the adjoining Fox Theatre.

Now that we’ve given Dolly the love she deserves, audiences can do the same at the Fox Theatre.