Georgia Governor Brian Kemp and other Republican state leaders from across the country want to meet with President Biden about the crisis at the Southern border. Immigrants continue to show up in Texas in droves and Gov. Kemp said the federal government isn't doing enough. FOX 5's Claire Simms spoke exclusively to the governor about the issue.

ATLANTA - Georgia Gov. Brian Kemp spoke exclusively to FOX 5 after signing onto a letter by more than two dozen Republican governors to request a meeting with President Joe Biden about the crisis at the U.S. border.

"The current policies are not working and it needs to be changed and I'm hopeful they'll take the meeting," said Gov. Kemp.

Kemp emphasized those numbers do not include the immigrants who have crossed into the country without coming into contact with authorities.

"All the states' governors are going to have to deal with this influx of illegal people that are coming across the southern border.  It's going to put a strain on social services, a lot of other things that we have to deal with," Gov. Kemp said. 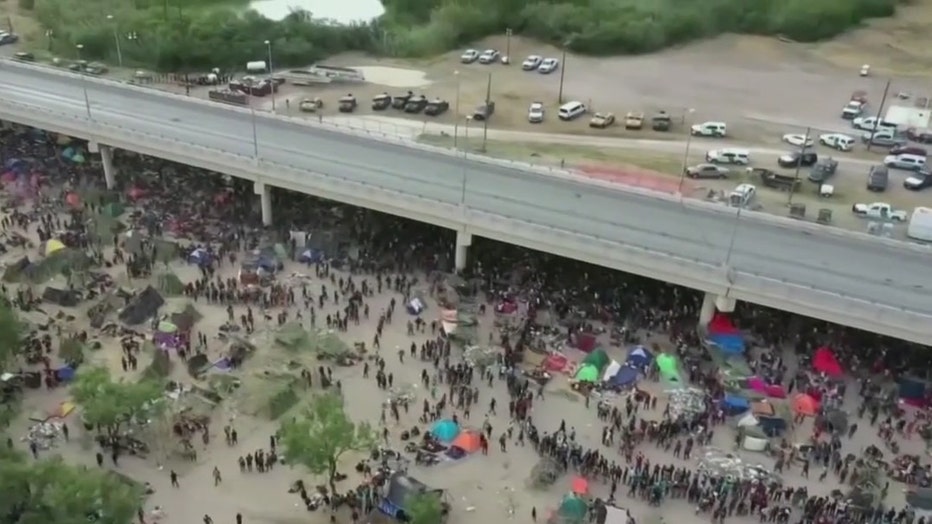 Georgia Governor Brian Kemp and other Republican state leaders from across the country want to meet with President Biden about the crisis at the Southern border. Immigrants continue to show up in Texas in droves and Gov. Kemp said the federal governm (FOX 5 Atlanta)

The governor visited the border to meet with members of the Georgia National Guard earlier this year and said what he saw there was drastically different from what was taking place under President Donald Trump.

President Biden, however, has kept a major Trump Administration policy in place.  At the start of the coronavirus pandemic in March 2020, President Trump used what is called Title 42 to quickly expel immigrants from the country because of public health concerns.  That continues today, with some exceptions for children and families.

"One of the challenges, as we're all facing a pandemic here, is the gathering of so many people," White House Press Secretary Jen Psaki said Tuesday on CBS This Morning.  "We're still implementing Title 42, which means that we are going to send people out of the country as they come in."

The current surge of immigrants in Texas is largely made up of people from Haiti, who have left their homes after last month's devastating earthquake.  Back in May, Homeland Security granted Temporary Protected Status, or TPS, to Haitians already in the U.S. because of political upheaval and security concerns in their home country.  The federal government has not extended TPS to anyone currently arriving, though the policy has lead to some confusion for those trying to seek asylum.

"I'm grateful that they're sending people back.  You know, I know there was a planeload of 250 something, which is good that they're doing that, but you got 10,000 or 11,000 people that are down there," said Gov. Kemp.  "The problem is the people that are coming across that aren't being detained are freely in the United States now and we're going to have to end up dealing with them.  So, obviously we need more resources.  When you have a situation where the Texas State Patrol is having to go down there and enforce the border, that is the job of the federal government."

Kemp and the other governors asked to meet with President Biden "as soon as [his] schedule allows within 15 days."

When asked during a press briefing about the governors' letter Tuesday, Psaki said she had not seen it and could not give "a direct response."