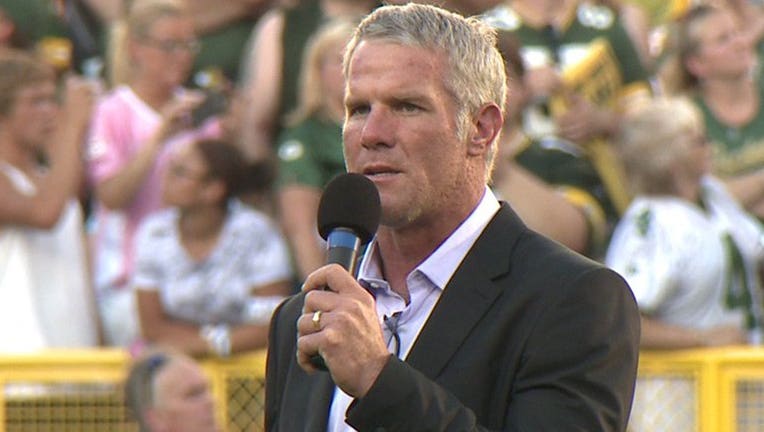 JACKSON, Miss. - The Mississippi auditor said Tuesday, Oct. 12 that he is demanding repayment of $77 million in misspent welfare money in one of the poorest states in the nation.

This includes $828,000 the auditor is seeking from retired NFL player Brett Favre and an employee of his business, Favre Enterprises.

The initial allegations of misspending came to light in early 2020 when former Mississippi Department of Human Services executive director John Davis and five other people were indicted in one of the state's largest public corruption cases, which the auditor characterized then as "a sprawling conspiracy."

Favre is not facing any criminal charges, but Auditor Shad White said in May 2020 that the former Green Bay Packers quarterback, who lives in Mississippi, had repaid $500,000 of the $1.1 million in welfare money he received for multiple speeches for which he did not show up. The demand Tuesday is for the $600,000 balance, plus $228,000 in interest.

White issued the demands about two weeks after a Maryland-based CPA firm issued an independent report about how the Mississippi Department of Human Services spent federal money from 2016 through 2019 through Temporary Assistance to Needy Families. The report found nearly $41 million in "questioned costs" for items including travel and programs to support college athletes.

The Mississippi auditor is demanding that interest be paid on the $77 million, bringing the total sought to more than $96 million. White is demanding that whole amount from Davis and most of it from two nonprofit organizations, Mississippi Community Education Center and the Family Resource Center.

On Monday, an accountant pleaded guilty to one charge of conspiracy to commit embezzlement for her role in the case. Hinds County Circuit Court records show that as part of her guilty plea, Anne McGrew, 65, of Jackson, agreed to testify against others indicted, including her one-time employers, Nancy New and Zach New, a mother and son who ran nonprofit and for-profit organizations that received money from the state Department of Human Services.

McGrew, who could face up to five years in prison, signed a court document that said prosecutors will make a recommendation about her sentence based on her cooperation in the prosecution of co-defendants and her "willingess to provide truthful testimony" at any trials.

Those indicted were the department’s former director, John Davis; former professional wrestler Brett DiBiase; former Department of Human Services employee Latimer Smith; Nancy New, who has been the director of Mississippi Community Education Center and New Learning Resources; Zach New, who has been assistant executive director of the education center; and McGrew, an accountant for the education center.

Davis left the Department of Human Services in July 2019. He has pleaded not guilty and his trial is set for Nov. 1. However, his attorneys are seeking a delay because they said in a Sept. 29 court document that prosecutors have produced "voluminous" information about the case.

Smith has pleaded not guilty, and his trial is scheduled to begin Nov. 8.

Nancy New and Zach New also have been indicted on federal charges. They have pleaded not guilty in federal court and state court, and they await trial in both places.

Mississippi Community Education Center, operating as Families First for Mississippi, received more than $44 million in government grants from mid-2014 to mid-2018, according to nonprofit tax filings. Amounts spiked to $12.9 million and $26.7 million in the final two years, as Davis outsourced a large portion of Mississippi’s Temporary Assistance to Needy Families spending to the group.

DiBiase, now 33, pleaded guilty in December to one count of making a false statement. He said in court documents that he had submitted documents and received full payment for work he did not complete. He agreed to pay $48,000 in restitution, and his sentencing was deferred.

Indictments allege Davis conspired with Nancy New to send $48,000 in block grant money to pay for DiBiase's drug rehabilitation in Malibu, California, in early 2019. Payments were made to a company owned by DiBiase supposedly for his teaching classes about drug abuse, with Davis and Smith falsifying invoices and other records, prosecutors said.

Milwaukee debates hiring 195 new police officers, how to pay for them

Milwaukee leaders are debating hiring 195 new police officers as part of the mayor's budget proposal, but the Common Council has to approve it and some members have serious questions about how to pay for them.