The Braves' victory in the World Series is so big, they're having two parades in Atlanta and Cobb County to celebrate. If you want a good spot, you'll have to get there early and prepare for road closures and a lot of traffic. FOX 5's Lindsay Tuman breaks down everything you should know before heading out to the parade.

After more than 20 years, the Atlanta Braves are World Series champions once again and Braves Country is ready to celebrate.

The Braves defeated the Astros during Game 6 in Houston Tuesday night to clinch the series win and bring the Commissioner's Trophy home to Truist Park. It's their first World Series win since 1995.

Dansby Swanson says it's poetic justice to win in Houston

Houston was the site of Super Bowl LI where the Atlanta Falcons were beat in the second half. Dansby Swanson said that has haunted Atlanta fans since and he believes their World Series win in Houston has vindicated that loss.

No victory would be complete without a celebratory parade, and that's exactly what the Braves have planned. Much to the delight of fans everywhere, the team announced that the parade commemorating their win will happen Friday, November 5.

Here's everything you need to know about the fanfare so you can plan accordingly.

As soon as the Braves won, it didn't take long for fans to flood sporting good stores like Dick's Sporting Goods at Cumberland Mall, which stayed open late for fans to get their hands on swag.

Are the Atlanta Braves having a parade?

YES. The Braves are ready to celebrate with their fans and show off the Commissioner's Trophy. The team quickly announced via Twitter early Wednesday morning that a parade is planned for this week.

When is the Braves World Series celebration?

The Braves' parade is happening Friday, November 5. It promises to be a grand event, the perfect way to kick off your weekend.

What time is the Braves parade?

The parade is scheduled to begin promptly at 12 p.m. in Atlanta. Atlanta police is encouraging all attendees to get in place along the route by 11 a.m.

The parade is expected to reach Cobb County by 2 p.m. There is expected to be a ticketed celebration inside Truist Park between 3 p.m. and 5 p.m., however that is subject to change.

Braves starting pitcher Max Fried said he just wanted to leave it all out on the field knowing it was his last outing of the season to try to shut it down.

What should I expect if I attend?

If you are watching the parade in Atlanta, you should expect to take MARTA to get down to the parade route. Atlanta police encourage as few people to drive as possible. If you want a good spot, you should get there early. Once the parade begins, the area will be closed off. 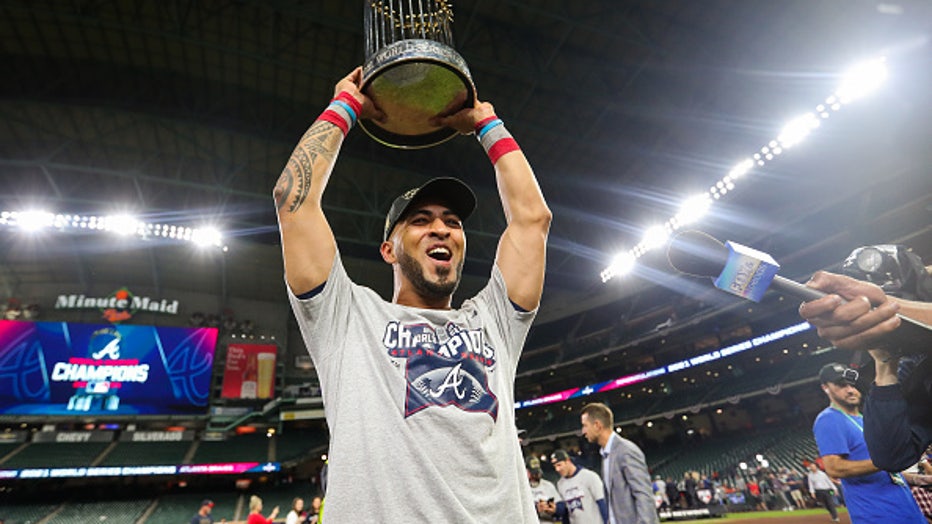 HOUSTON, TX - NOVEMBER 02: Eddie Rosario #8 of the Atlanta Braves hoists the commissioners trophy after his teams 7-0 victory against the Houston Astros in Game Six to win the 2021 World Series at Minute Maid Park on November 02, 2021 in Houston, Tex

What should I wear to the Braves parade?

Whether you're coming dressed in your newly purchased Atlanta Braves World Series Champions shirt or your Freddie Freeman jersey, the only prerequisite for this celebration is that you come decked out in Braves gear. This is a victory parade after all, so be sure to show the team some love.

On Delta jet, being greeted by hundreds of Delta employees, the Atlanta Braves stepped back onto the Georgia clay with the Commissioner's Trophy in tow on Wednesday after winning the World Series on Tuesday.

How bad will traffic be?

Atlanta police say some ramps to the interstate will be temporarily closed as the Braves parade makes its way there, but they do not expect major problems along area interstates. Having said that, if you are planning on being out and about during the parade, you should expect increased congestion on area roads. 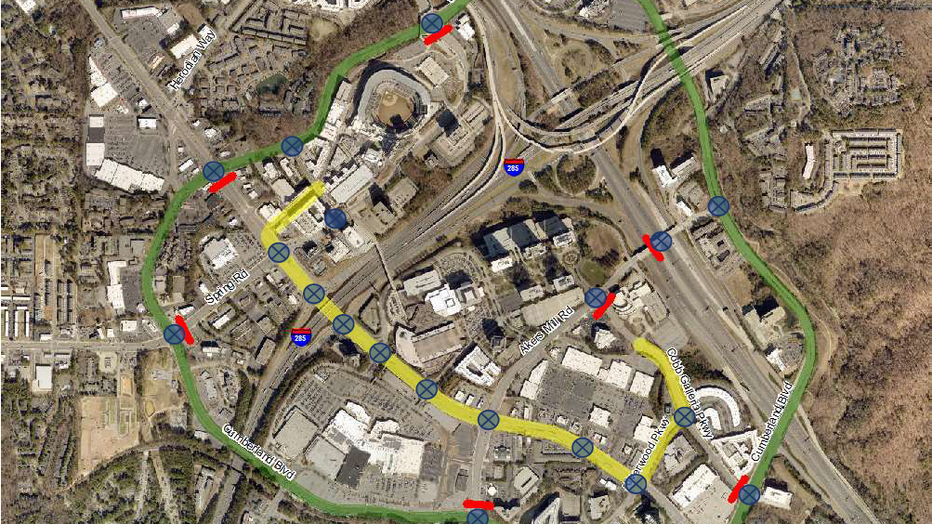 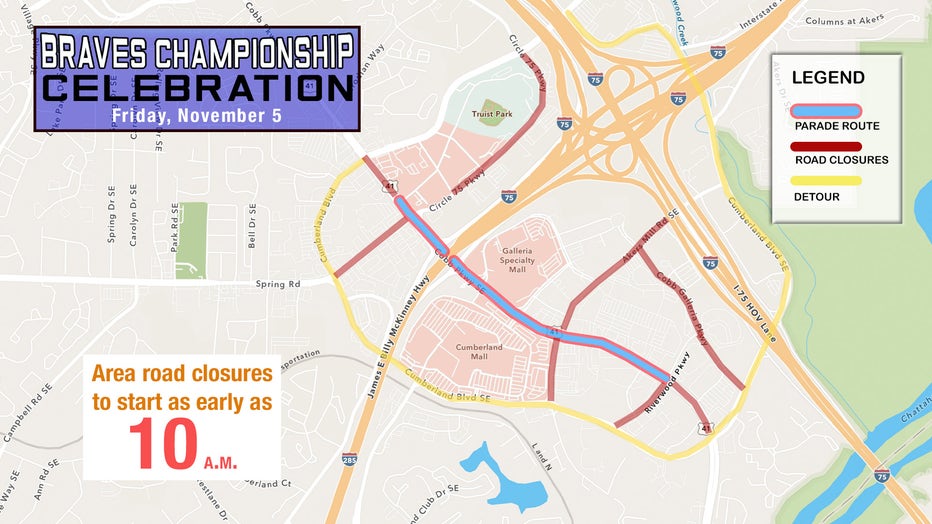 Braves step off plane in Atlanta

Hear and see the excitement as the World Series Champions Atlanta Braves step off their plane at Hartsfield-Jackson International Airport.

The weather across metro Atlanta will continue to be on the chilly side as fans line the streets for the Braves World Series parade Friday.

Mostly cloudy skies will be the rule with temperatures around 50 degrees for the start of the parade warming into the mid to upper 50's later in the afternoon.

Thankfully, there will be no need for an umbrella as all of the rain around the area will have moved out.

The weather for the Atlanta Braves World Series Parade on Friday will be a bit chilly but thankfully you'll be able to leave your umbrella at home.

What else is happening?

Fans can attend a post-parade celebration and concert with Atlanta natives and Grammy Award-winning artists, Ludacris and Big Boi inside Truist Park. The Braves encourage fans to arrive early.

Tickets will be free but must be reserved in advance. Tickets and parking passes for the celebration at Truist Park will be available Thursday, November 4 at www.Braves.com/parade.

Premium and A-List Members and Braves Insiders will receive early access to reserve their tickets, beginning at 10 a.m. and 11:30 a.m., respectively. Tickets will be available to the public beginning at 1 p.m.

The Battery Atlanta will have limited capacity on Friday, November 5, during the celebration. Access for non-ticket holders will be granted on a first-come, first-served basis. The Braves strongly recommend pre-purchasing parking.

Where can I watch the parade?

If you're not attending the parade in person, you can watch a livestream of the parade right here on FOX5Atlanta.com, on our YouTube channel, or on FOX 5 Facebook. Coverage starts at 4:30 a.m. on Good Day with the parade getting underway at 12 p.m.